You can add a TapControls or TapControlsSecondary dictionary to your page to set up two different tap gestures. Tap gestures are like touches, but you can specify how many fingers should be touching the screen at once using the Touches property, as well as the number of quick sequential taps are required to trigger the gesture, using the Taps property. So you could move a node(s) or simply run an Events dictionary. 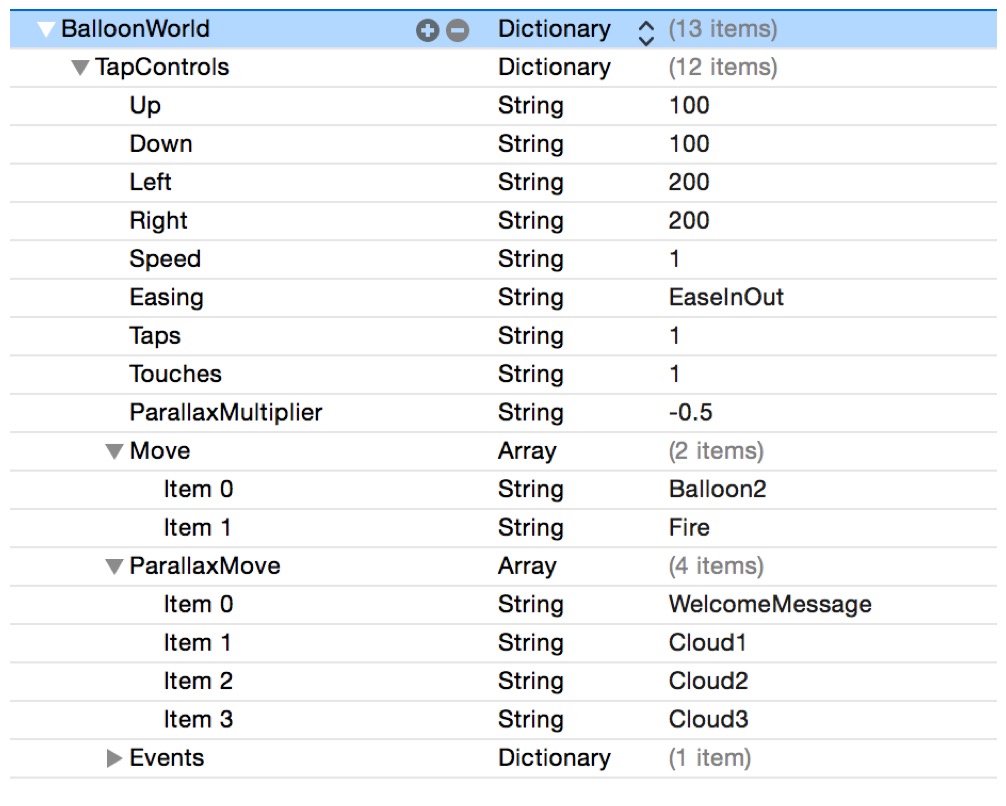 As the name implies, TapControls is potentially very useful for controlling a character in the scene. The tap location will be detected in relation to the first (or only) item defined by the Move property. So if the tap location is more above Balloon2 then it is left or right, then the Up value will be used and the Move items will go in that direction using the Speed value for the amount of time the move will occur over. In the example screenshot above, it would only be 1 second. The Easing property determines the easing of the movement animation. Values are Linear, EaseInOut, EaseIn or EaseOut.

You can also use the ParallaxMove array with the ParallaxMultiplier to move items in relation to the main movement.

If you want a secondary tap gesture (with different Taps and Touches parameters) create an entirely new dictionary called TapControlsSecondary.

The Rotate array inside the dictionary lists any nodes you want to rotate. All nodes sharing the same name would be rotated.

The Multiplier property is set to 1 so the amount of finger rotation is a direct 1 to 1 ratio for the node’s rotation. Note this could be any decimal value and -1 would make a direct inverse rotation.