You can create countless clones of other elements by including a Generators dictionary inside of your page. For example… 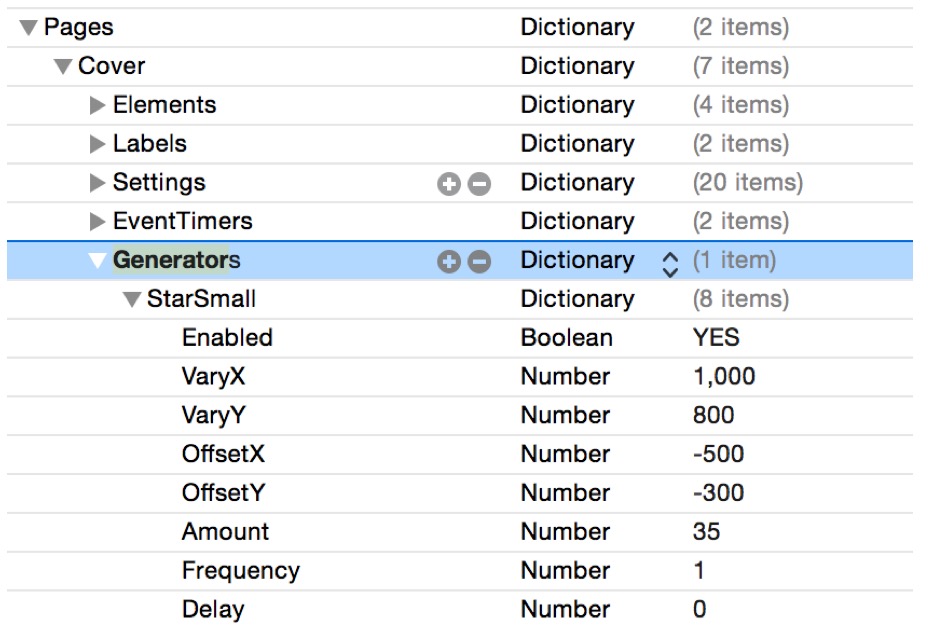 You can start or stop generating Elements at a frequency you specify by using these properties. Or you can set the Enabled property to YES and it will generate clones immediately. For the start and stop events, you identify the generator by the sub-dictionary name you provide, which will also match the Element in the scene to clone. The element to clone could be hidden initially. If so, the clone is identical in every way (including any Actions), but the hidden property is automatically set to false.  Customize the generator with the following options… 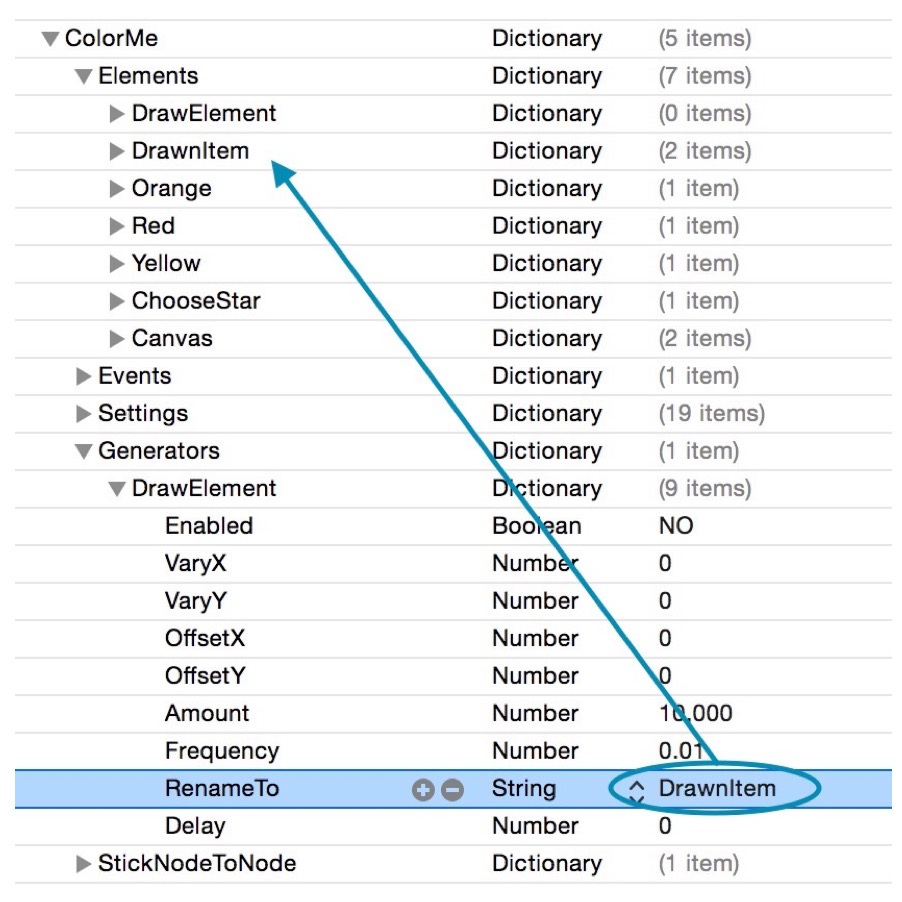