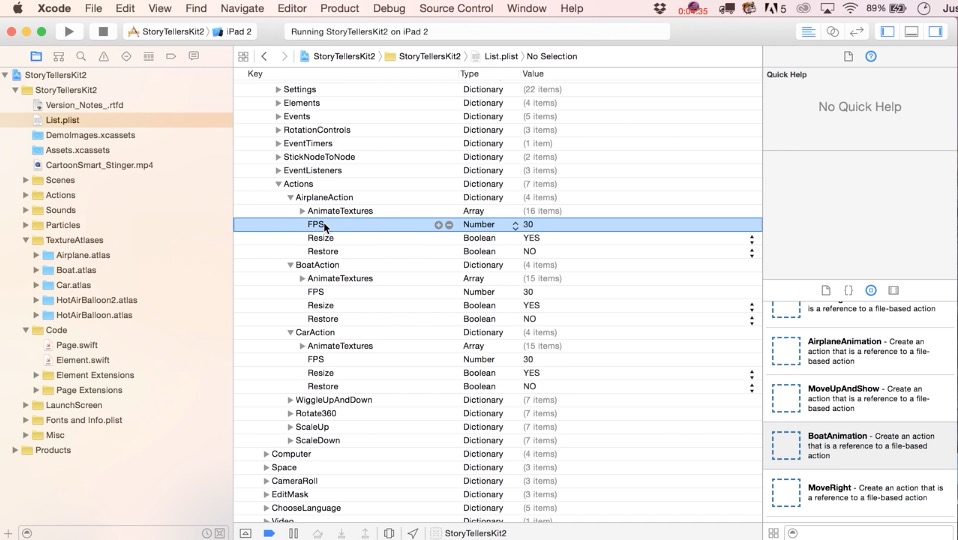 Composing SKActions from the property list is incredibly easy, and the kit provides plenty of example to copy and paste from.

If your Actions will be used on multiple pages, you can include an Actions dictionary in the Root of the property list… 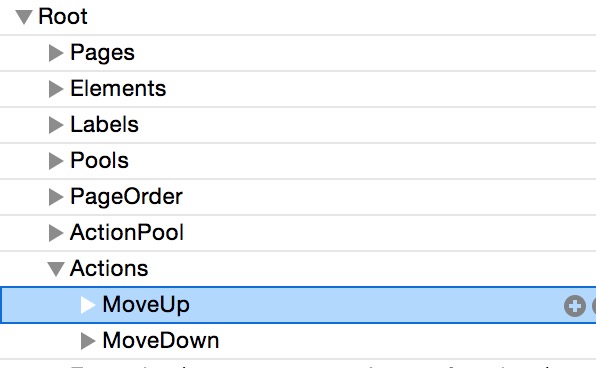 The events to run actions composed with the property list or composed in action files are identical. In the example below, you can see we have a dictionary named RunAction  (in this case, within the Events dictionary of the page). Inside the RunAction dictionary, you can list as many actions that you need to run. Each has their key set to the action name (in this case it is AirplaneAction), and the value can be either a single String value or an Array. In the example below, the value is an Array which lists two Elements (Vehicle, Vehicle2) to run the action on.

The example action in the previous screenshots is a bit different than most, because it involves animating textures. The other actions, which you’ll see in a moment, share the following properties. We’ll describe them all here so we don’t need to repeat ourselves too much.

You have four options for scaling nodes…

You have two options for rotating nodes…

You have two options for moving nodes… 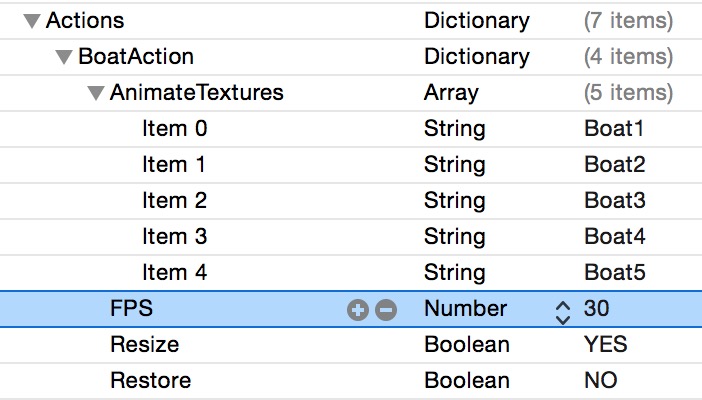