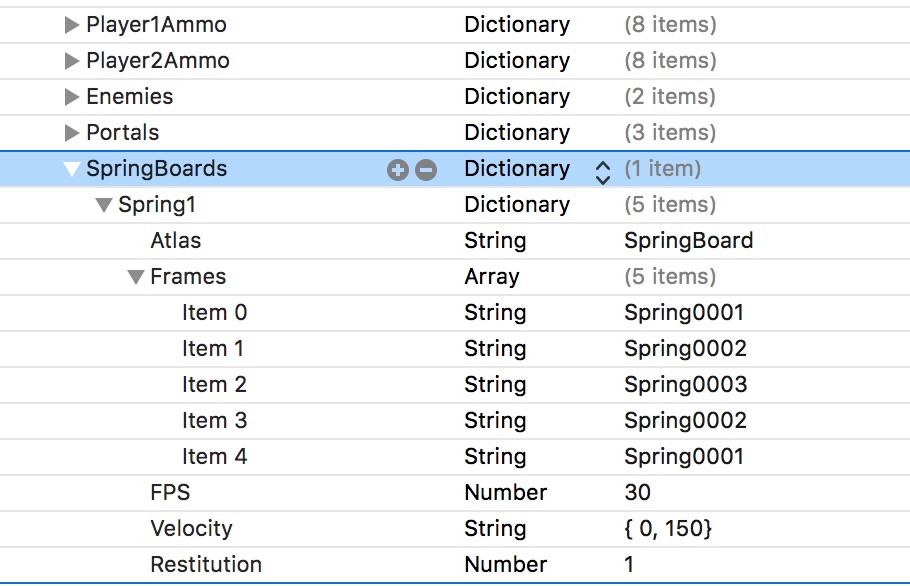 Setting up a SpringBoard-classed object in the scene is a 3 step process.

Your spring board animation images should start with the spring in it’s lowered position. This image will be the one used in the Scene Editor, as the texture for the SpringBoard sprite. The image should have blank (transparent) space above the artwork extending to wherever the spring will eventually raise to. Notice in the example sequence below, Image 1 has plenty of negative space. 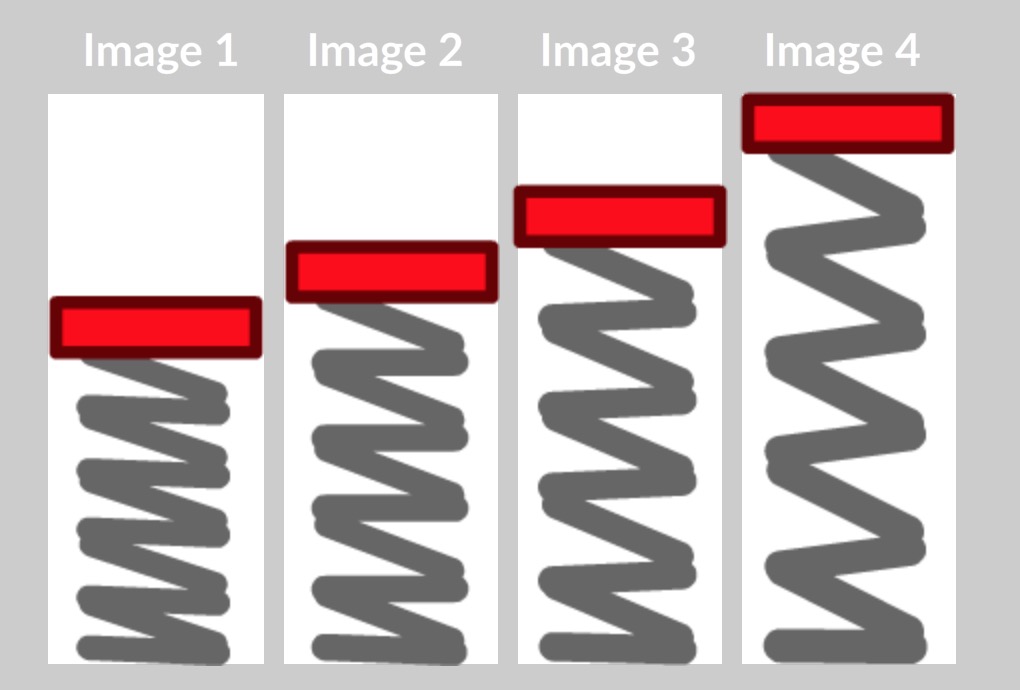