As of Build 1.4, you can now include a Portals dictionary in each level dictionary. The first level in the demo now looks like this…

Inside are three dictionaries, each with a name that matches a Portal in the level. The arrows in the image below point to two of those Portals…. 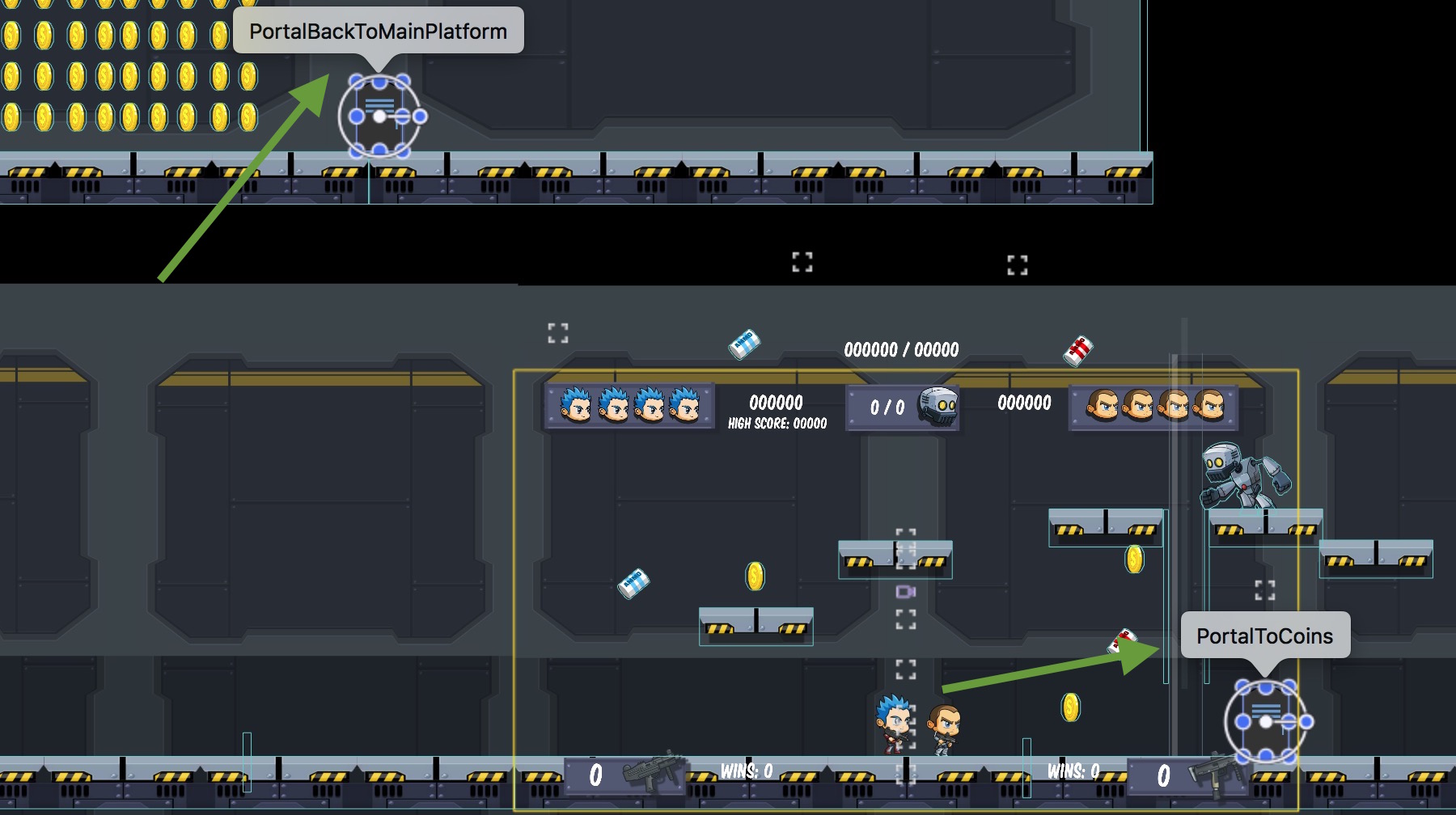 Setting up a Portal in the scene so it can have custom properties is a 3 step process (this assumes the sprite representing your portal is already in the scene). 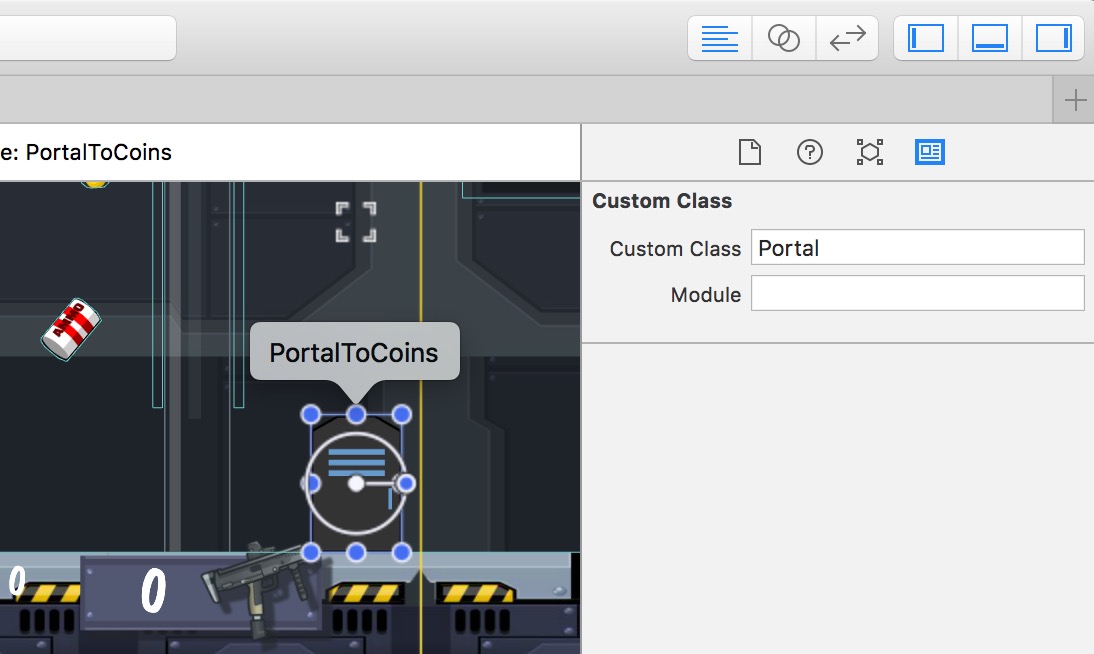 Portal Properties to go to other levels

Portals can take the players somewhere within the current level or to another level altogether. Before Build 1.4 (and still true) to go to the next level you simply needed to put a sprite in the scene with a Custom Class of “Portal” and the kit would automatically send the player(s) to the next level in the main Levels array (circled in the image below)….

The properties described below, could do that as well, but you can also send players to a new level outside of the main Levels array! So for example, they could go to any level inside of the SecretLevels array (pointed to in the image above).

Below you can see some of those properties as they look in the unfolded Dictionary for PortalToSecretLevel….

The demo level in the kit includes a portal on the far left to go to a secret level if the score is over a certain amount (more on that later).

Portal Properties to go somewhere in the current level

Jumping around within the current has some advantages over starting a new level, especially for bonus or secret levels. Because the level maintains it’s current state, enemies will stay dead, past coins / ammo / etc, will stay picked up, and you can even prevent players from going through the same portal twice. Here are the main properties to jump around within the level…

Take a look at some of the example properties for PortalToCoins….

You can prevent players from entering portals with the following properties…