Each level can generate an unlimited number of enemy characters using the Enemies dictionary. Enemies can be considered anything that might damage the players. So that could be a fully animated robot or a laser beam projectile that is shot from the Robot. In terms of the kit, both would be considered “enemies”

Setup Option 1 – Use the Scene Editor

You can setup your enemy in the scene editor. Add a Color Sprite to the scene, texture it with an image you’ve imported, then set the Name (pointed to in the image below), then switch to the Custom Class tab and set the Custom Class to Enemy.

Notice in this example below, the Name “Baron” matches exactly the dictionary name in the Enemies dictionary. 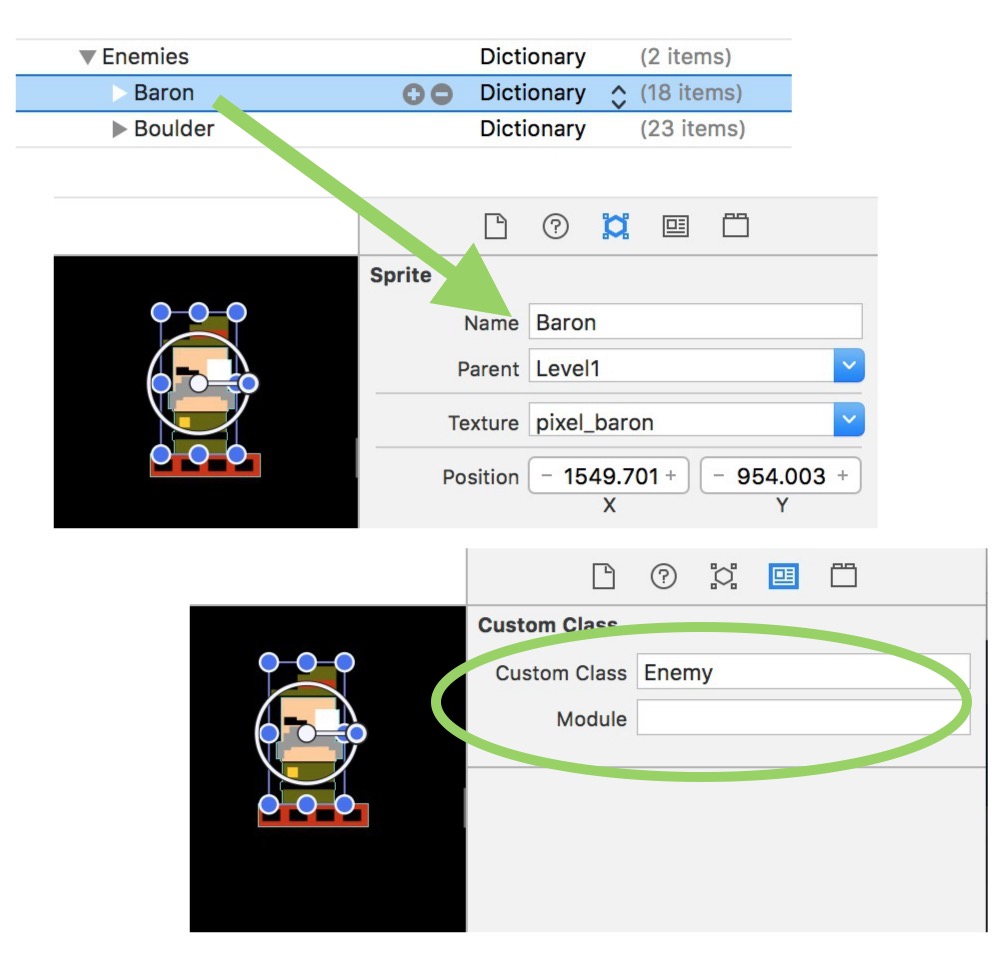 If you choose this option for setting up your enemy, you can’t spawn / respawn multiple versions of the same enemy. This will only setup the single enemy defined in this spot (so ignore any of the settings that refer to spawning more enemies if you go this route).

Enemies can be generated at runtime in a location set by either an Empty placeholder node (seen in the image below) or using the name of another enemy. To use an Empty node, all you need to do is drag it into the scene and give it a name, for example, LeftSpawn. 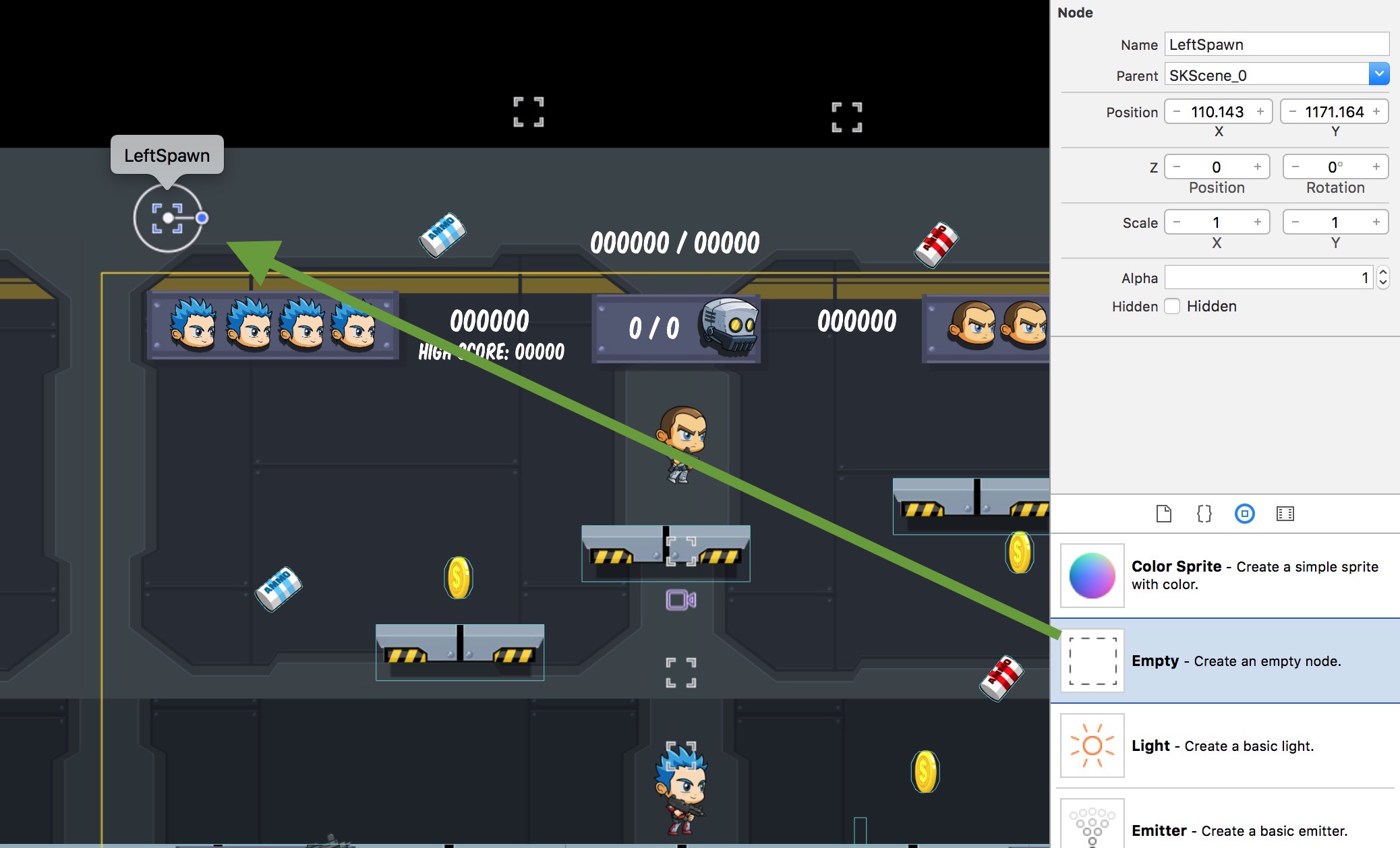 Optionally, you can set the Parent property of the node to that of TheCamera (the camera in the scene). If you do this, the node will move with the camera, thus making the spawn location relative to the camera (assuming the camera follows the player). So for example, you might always spawn enemies from the top right or left of the screen. Try to keep the node within or just slightly outside of the camera’s upper view area.

So the Baron spawns a Boulder at a set interval (using the SpawnFrequency property which you’ll see later). In this example, if the Baron had an animation setup for shooting (set using the Animation dictionary > Shoot or AngryShoot properties) this animation would automatically run. This is how you can visually tie together two enemies, so one seems like it is shooting or throwing the other at the player.

If the Enemy is reversed (flipped on the x axis), the spawn offset will reverse the x value as well.

What would happen if?…

Some of you might be wondering what happens if, for example, the scene had two Baron enemies but one Boulder enemy in the property list set to spawn every so often. Exactly what you’d expect. Both Baron enemies would spawn Boulder enemies at the same time.

If you remember the old Mario Bros levels with canons that all fired at the same time, you would get that affect. If you wanted different timings for each, you would have separate property list entries for CanonBall1 and CanonBall2 which would spawn from Canon1 and Canon2. 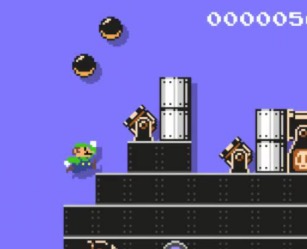 Each enemy can have saved actions for their animations. The Animation dictionary within each enemy dictionary will specify the action for each animation (all of which are optional). Keep in mind too, saved actions can be a texture animation or any other kind of action (Move, Fade, Scale, Rotate, etc)

If the enemy and player contact each other, the enemy will automatically cause 1 point of damage against the player. If the enemy has an Attack or AngryAttack animation, these animations will automatically run when that contact occurs (assuming the player hasn’t attacked first).  You can also make the enemy do timed attacks using the properties below. These are separate from the Shoot and AngryShoot animations which run when the enemy spawns another enemy (like when a Robot enemy spawns a Laser) The timing on those is determined by the enemy that is spawned.