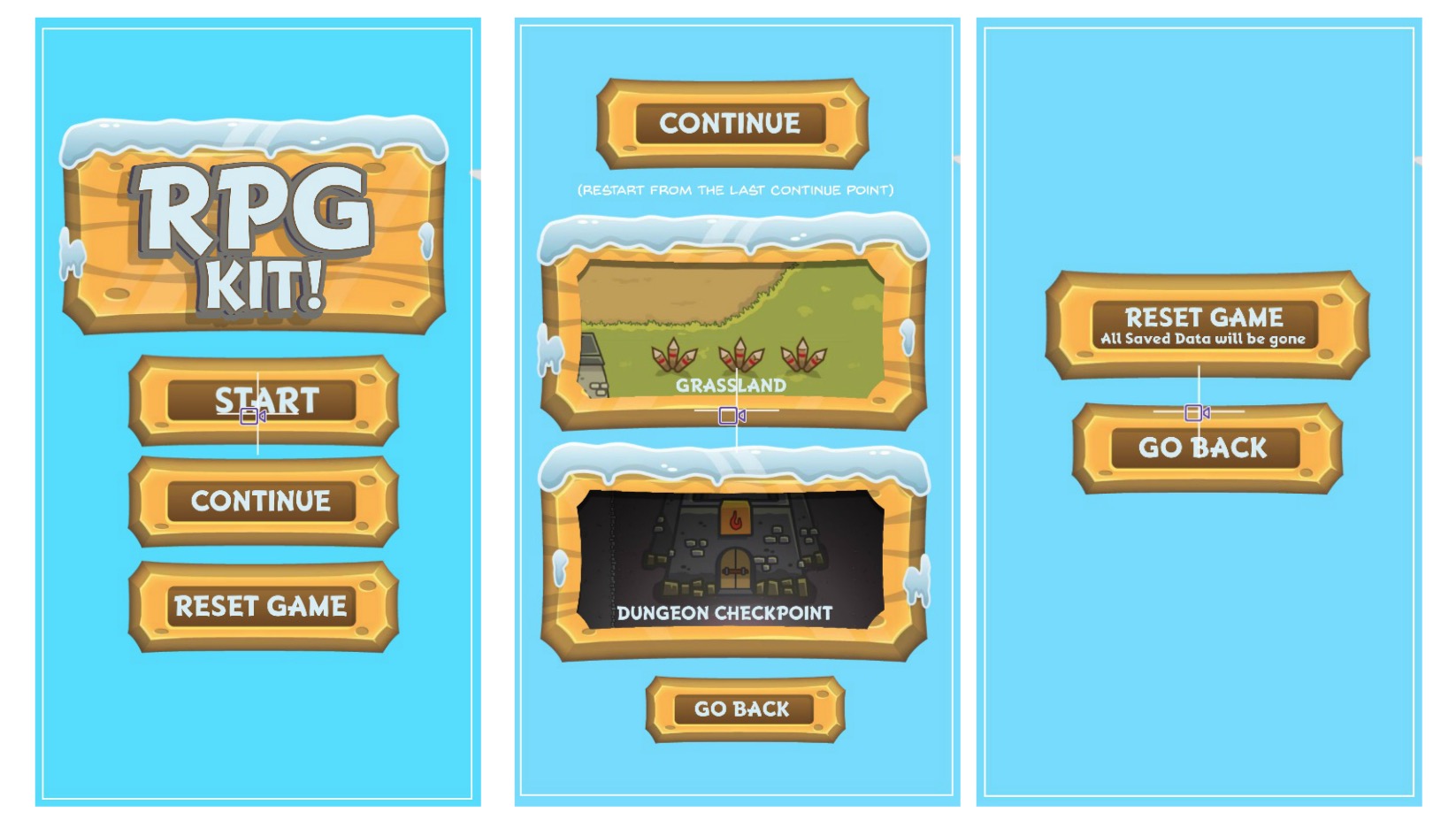 Any scene in the kit that is not a playable level is what we’d refer to as a Menu scene (though code wise it’s actually created from the Home.swift file). Menu scenes are capable of exactly what you’d expect: navigating your way to playing the game basically. But you can also add video to a menu scene, and automatically jump back into the game. So they can also be used as “cut scenes” between levels.  For example, the character walks through a portal and it takes them to a menu where video plays, then sends them to the next playable level.

The Demo includes 4 menu scenes in the kit, but you can add AS MANY as you want. The data for these scenes resides in the Root of the property list. Circle below, you can see Home, MainMenu, ResetGameMenu and ContinueMenu. 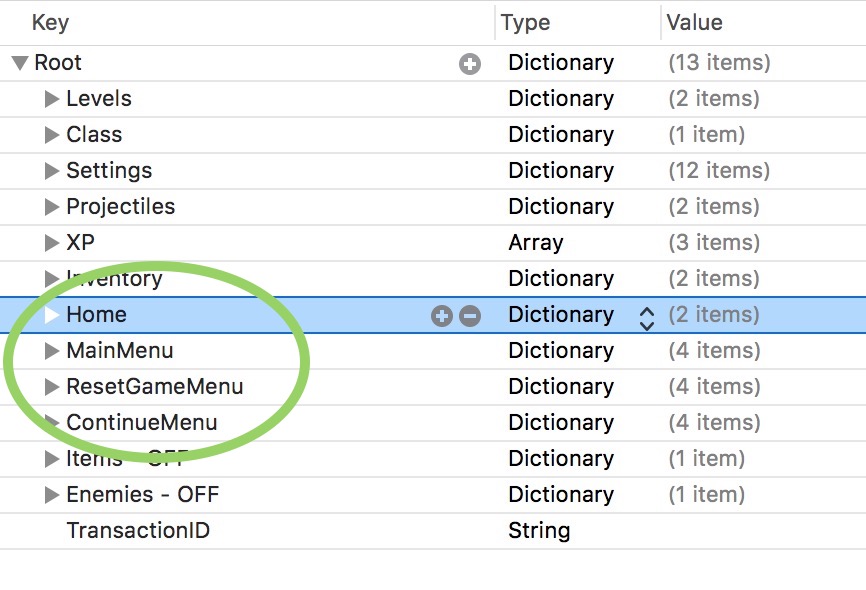 You’ll notice these are the exact same name as corresponding SKS files…. 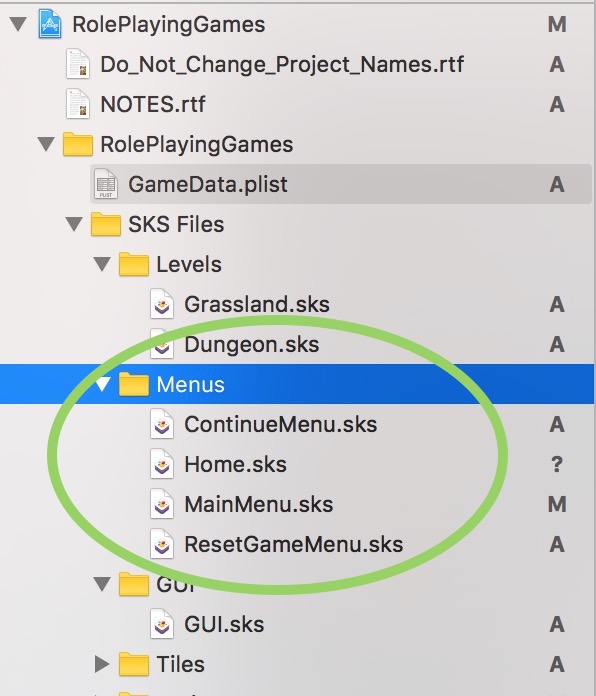 So again, you can create as many extra scene files as you need. Just be sure the base name matches a dictionary in the property list.

Optional – if you want to include alternate iPad-only scenes, then include .sks files with “Pad” at the end of the name. For example, HomePad.sks or MainMenuPad.sks . To avoid having to do this, we’ve included a CameraScale property you can usually use to size up the iPad scale differently for that device.

Most menus will have some buttons, so let’s first take a look at that. Unfold the MainMenu dictionary in the demo and you’ll find a sub-dictionary called Buttons. Inside here you can include as many buttons as you want. The demo includes a button to start the game (StartButton), one that goes to a continue screen which is used to restart the game from various locations (ContinueButton) and then a button that goes to another menu screen which is used to reset the game (GoToResetMenuButton)

In your SKS file, you’ll setup these buttons by texturing a Color Sprite with your button art, then giving it a name…

You’ll do this for every button you want to include. Just like setting up items / enemies in our scenes, remember that the Name value must match it’s corresponding data in the property list.

Take a look at one of the button dictionaries unfolded…

Below are some non-Button related properties. Let’s start by looking at the Home menu in the demo, which doesn’t have any buttons at all. Instead it plays a short video clip then automatically goes to the MainMenu scene.

Let’s look at the three options you have to play back video. All three require that you add a Color Sprite (SKSpriteNode) to the scene to act as a placeholder for where the video will go. This must be named VideoPlaceholder.

The z position of the sprite will be used for the video, so in this manner, you can position other things above the video. For example, your logo could be in front, and you include some looping effect behind it. You can also rotate the video and in our example, we rotated the video -90 degrees because the video we had was landscape, but the game is portrait (in a real app, you wouldn’t want to do that). So here are the video properties…

You can make a scene automatically jump to another scene or to a level using the AutoLoad dictionary. In the example below, the current scene would open the MainMenu scene after 3 seconds.

In the alternate example below, the AutoLoad dictionary would load the Grassland level and send the player to the EntryPoint after 3 seconds.

So your only 4 properties in the AutoLoad dictionary are…