Learn how to define various versions of the main player

The Class dictionary in the Root of the property list is where you’ll setup your player’s initial class and any upgradable classes the player might attain over time. Classes define almost everything about the player. The initial starting class for the player in the demo version of the kit is named Peasant (this can be changed in the Settings of the kit).

Classes can be rewarded to the player by finding items, killing enemies, or gaining XP. Or class changes could occur during specific levels. For example, if you have a water-themed level, the player could automatically be changed to a class with a snorkel outfit. You would do this using the Rewards dictionary for the level (info on that is here)

So let’s unfold the Peasant dictionary, and take a look at the sub-dictionaries within…

As you can see, changing the player’s Class would really change a lot of potential properties about the player. Let’s go through each of these dictionaries.

The Animation dictionary will define all the saved actions (which will be animation sequences) for the player when they are doing certain things. Take a look… 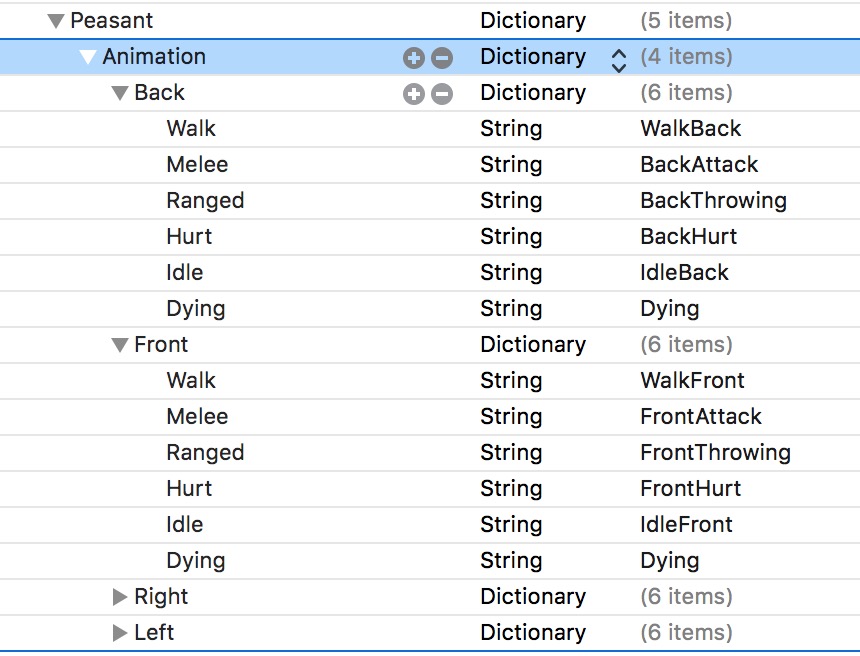 You can see there is a Back, Front, Right and Left dictionary, and each can optionally contain the same sub-dictionaries Walk, Melee, Ranged, Hurt, Idle, Dying.

If you were to open the Actions.sks file in the kit, you could search for any of the values above and find their saved action. For example, finding the “BackAttack” action would look like this… 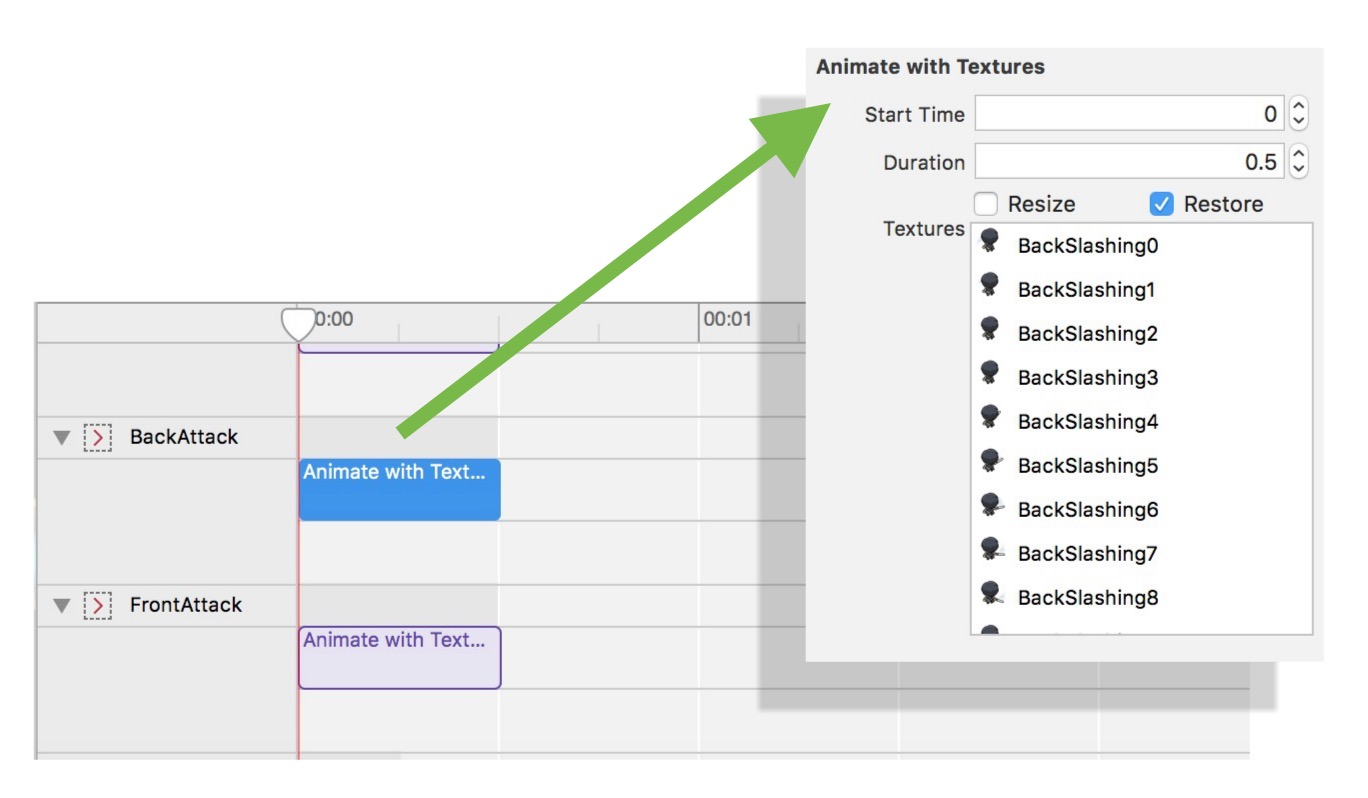 The Sounds dictionary defines the sounds your player makes. Keep in mind, there’s plenty of other ways to play audio that could seem like it’s coming from the player. For example, if the player opens a treasure chest item, that Item’s dictionary could play whatever audio you want, which could be something said in the player’s voice. Any of the kit’s Rewards dictionaries can play sound, so there’s no shortage of triggers to play audio.

For all the properties in the Sounds dictionary their values should be the entire filename for the audio, include the file extension. Apple recommends .caf for playing short audio clips, but you can use mp3 as well.

The Melee dictionary sets up the player’s close combat attack, which is triggered when the user pushes a particular button in the GUI ( the one labeled “B” in the demo). What this does is create a new sprite node that exists for a short amount of time, in a circular, expanding area around the player. How big this area makes it easier for the player to attack things around it. As this “melee sprite” expands outward from the player, the kit detects collisions with it and enemies. The melee sprite is removed after a short amount of time (which you’ll set).

This melee sprite can also have an animation sequence, for example a weapon-like swooshing effect, or explosion. 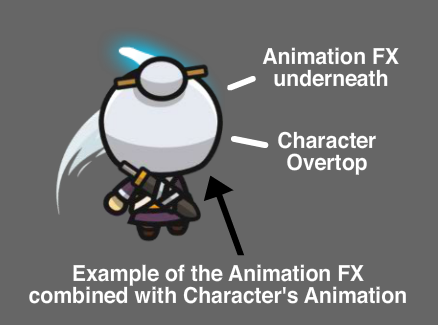 So if you combine this melee sprite, with the player’s animation sequence for a melee attack, you get a combination like the one seen in the image above.

Let’s take a look at these properties…

If you want your player to throw projectiles, you’ll use the Ranged dictionary to set just a couple properties. Take a look…

Finally we’ve got the Stats dictionary for basic settings. Take a look…

Keep Reading... Learn about the game's main Settings next!