Properties that affect the entire game

The Settings dictionary in the Root of the property list contains general settings for the entire game. 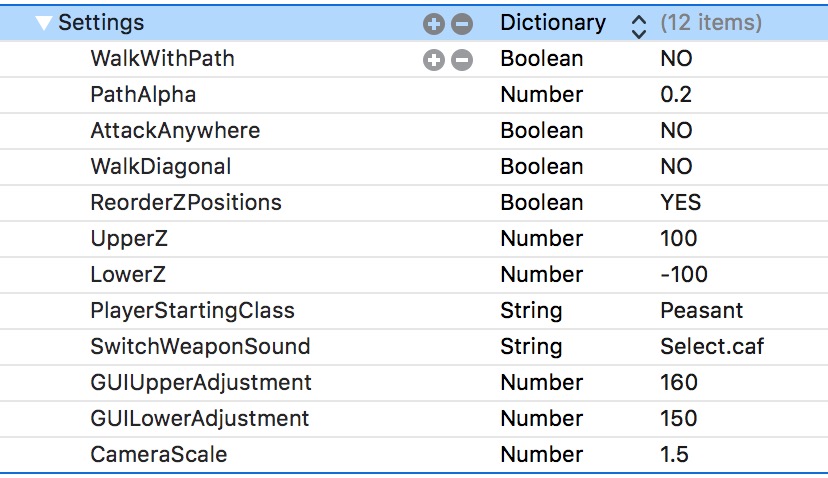 The next three properties only affect Game scenes that are the same for both iPad or iPhone. In other words, the scene does not have an iPad-only version. In which case, the kit will scale and adjust the GUI to better fit the iPad screen. It does this by first changing the camera scale, then moving GUI above the center of the screen, down some and GUI below the center, up some. This has no affect on the buttons that appear when the game scene is paused.

If you use the kit’s default settings, we think we’ve got it worked out pretty well!

Keep Reading...Learn about Projectiles next!