Every table dictionary define it’s own settings. Unfold the kit’s demo Table1 dictionary, you’ll find the TableSettings dictionary, like so… 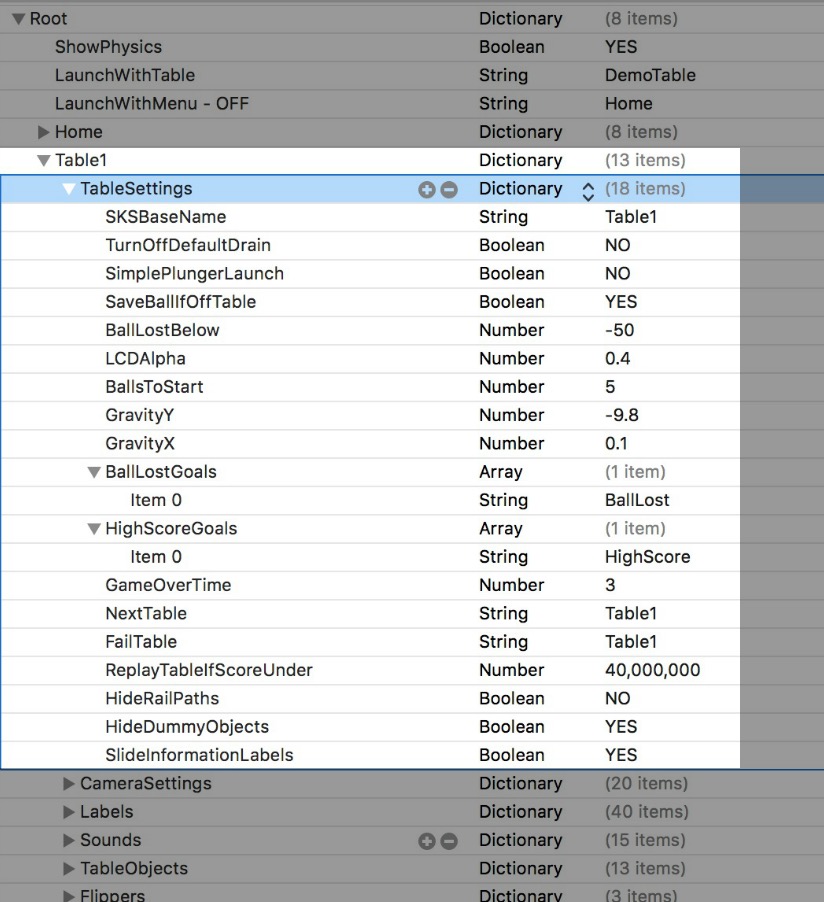 The most important setting in here (and only one really required) is SKSBaseName, which defines what Scene (.sks) file to load. In the example above, the base name is Table1, which means the kit will look for either Table1Phone, Table1Pad, or Table1TV depending on which device the app is currently running on.

So when you create your own table, let’s suppose you give the SKSBaseName a value of UnderwaterTable. This would mean your project should have three Scene (.sks) files named…

Make sense? No. You can watch this Initial Scene Setup video for more info if need be.

The rest of the properties in the TableSettings dictionary are optional. Deleting them will just make the table use default values for each of the properties. But what fun would that be to talk about, so let’s discuss each. In order of usefulness….

*technically speaking an SKSpriteNode (Color Sprite in the Object library)