Let’s briefly go over each dictionary inside the Table1 dictionary (or any other table dictionaries you create). 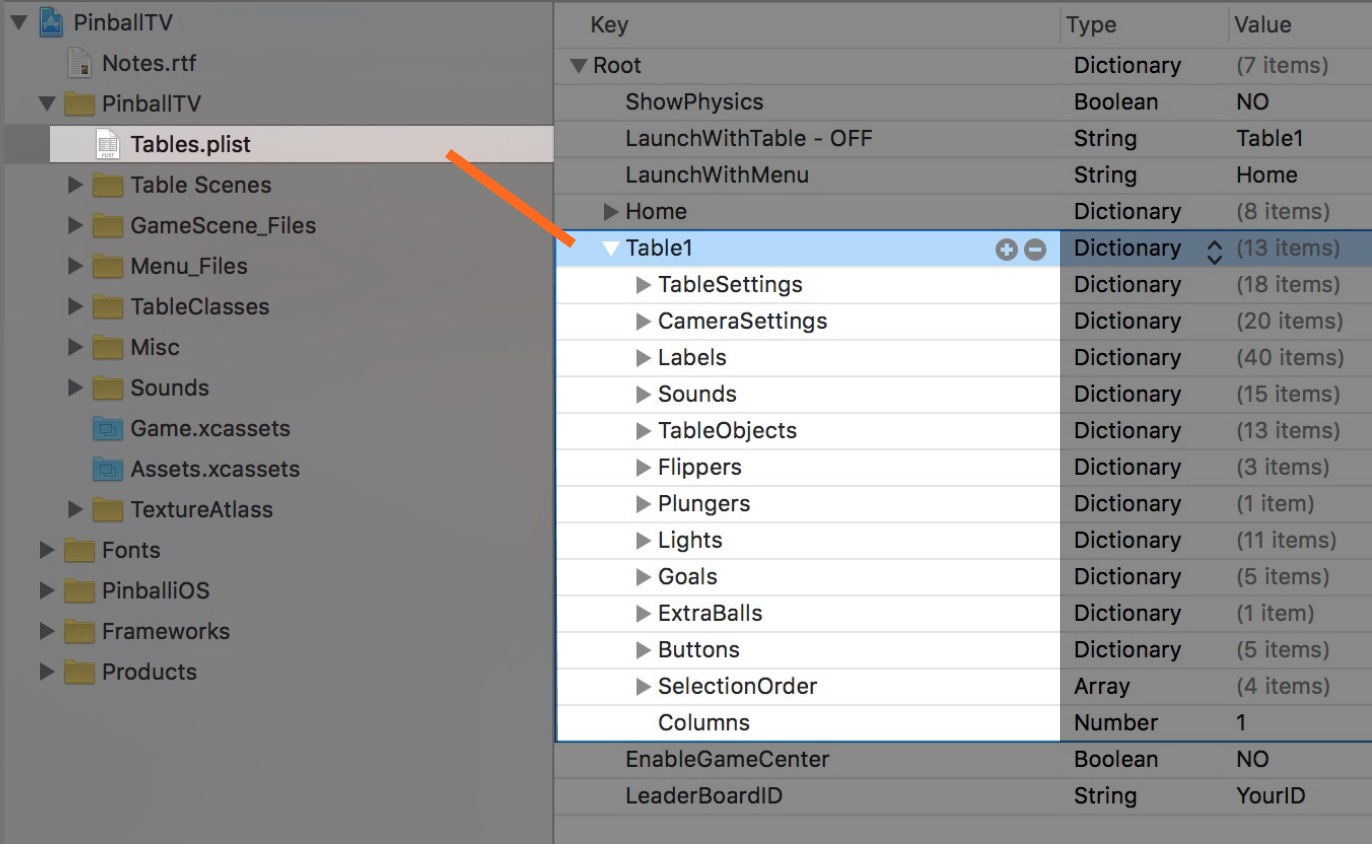 *The kit’s Xcode project is a universal project for the iPad, iPhone and Apple TV.   It’s rare you need to define property list data on a per device basis, but since TV apps favor landscape mode (which a TV is usually stuck in), and for a pinball game the iOS devices will probably be oriented in portrait mode, it is reasonable to give you options for different layouts. The property list mostly handles data, not the look of things. So you’ll notice in the kit you have multiple Scene (.sks) files for each device. So the placement of visual elements can always be changed on a per-device basis using the .sks files.