Busy couple days here! I finished up the side scroller video tutorials, which added jump controls to the character. And double-jump controls come to think of it. Also discussed was some collision detection to end jumping early if a character jump upward under a platform for example.

Then hot off the press, I taught 3 more videos this morning on Swift. The first one modified an early version of our side scroller project to an Aim n’ Release style game (think Angry Birds basically). This lesson gave us a chance to shift the world as the character moved drastically out of the scene. And then I taught two lessons on creating an isometric controlled character. One with a virtual joystick and one with virtual directional buttons. So! Lots of new Swift video tutorials for all you subscribers (jump to the course here), and this finally puts the bulk of the entire Control Systems series to rest, so come tomorrow we will begin selling it as a standalone lesson for non-subscribers.

And if you’d like to check out the video-fied version of what you just read above, by all means… (this will show you the projects in action) 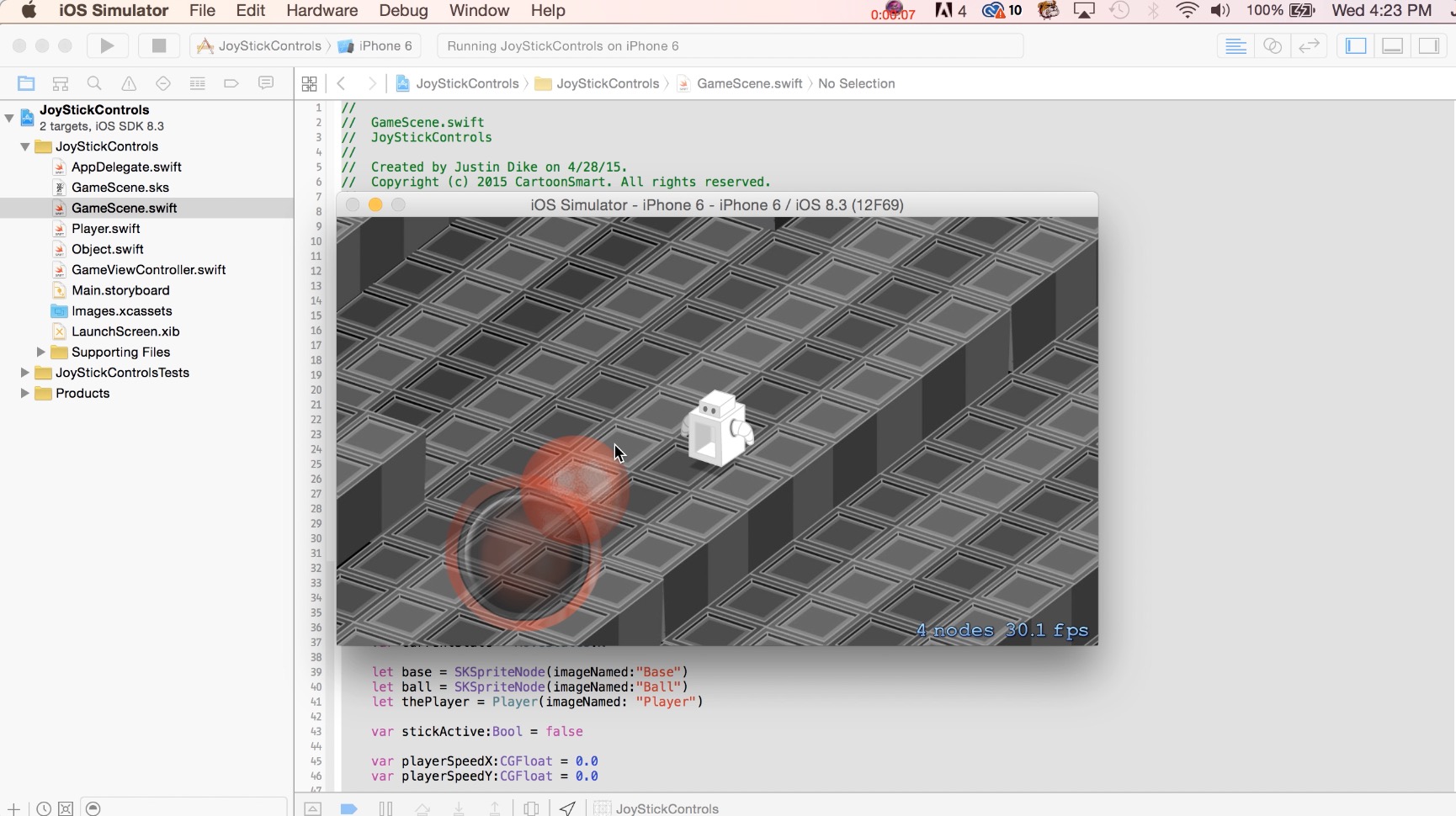 Add images to a UITableView! New video in the Property List-Driven Apps Course

Scriptwriting! Storyboarding! Animatics! It’s all here in our Pre-Production Bundle, now for Subscribers!

Using the Virtual Joystick in a Side Scroller Setup

New iOS tutorial – How to walk, idle and attack with a joystick controlled character