We love showing off what our courses can create, and our Old West Pinball app is a shiny, chrome example. For iOS or tvOS, this app was created while we taught the tutorials in this course. Watch this video tutorial series and you'll have the same know-how to build your own pinball app from scratch. Or take it easy on yourself and begin by using our Pinball Games Starter Kit (which includes the video tutorials as an added bonus).

Over 10 hours of iOS and tvOS training...

Full disclosure: we love pinball here. So this course was bound to go the extra mile, and be one of our all-time favorites.  If you are interested in any kind of physics based Sprite Kit / Swift game this course covers all the fundamentals to deal with a fast-running object bumping around a scene and triggering countless events.  But obviously, we had a clearer objective in mind: make an authentic feeling pinball game. We started by watching pinball videos on YouTube, in particular the Pinball Amateur and Professional Association (PAPA) posts hundreds of tables being played, shot from a camera directly over the table. With side-by-side comparisons of those videos and our projects, we tried to match the weight of the ball, the speed, the "punchiness" of the flippers. And we think we got it right! 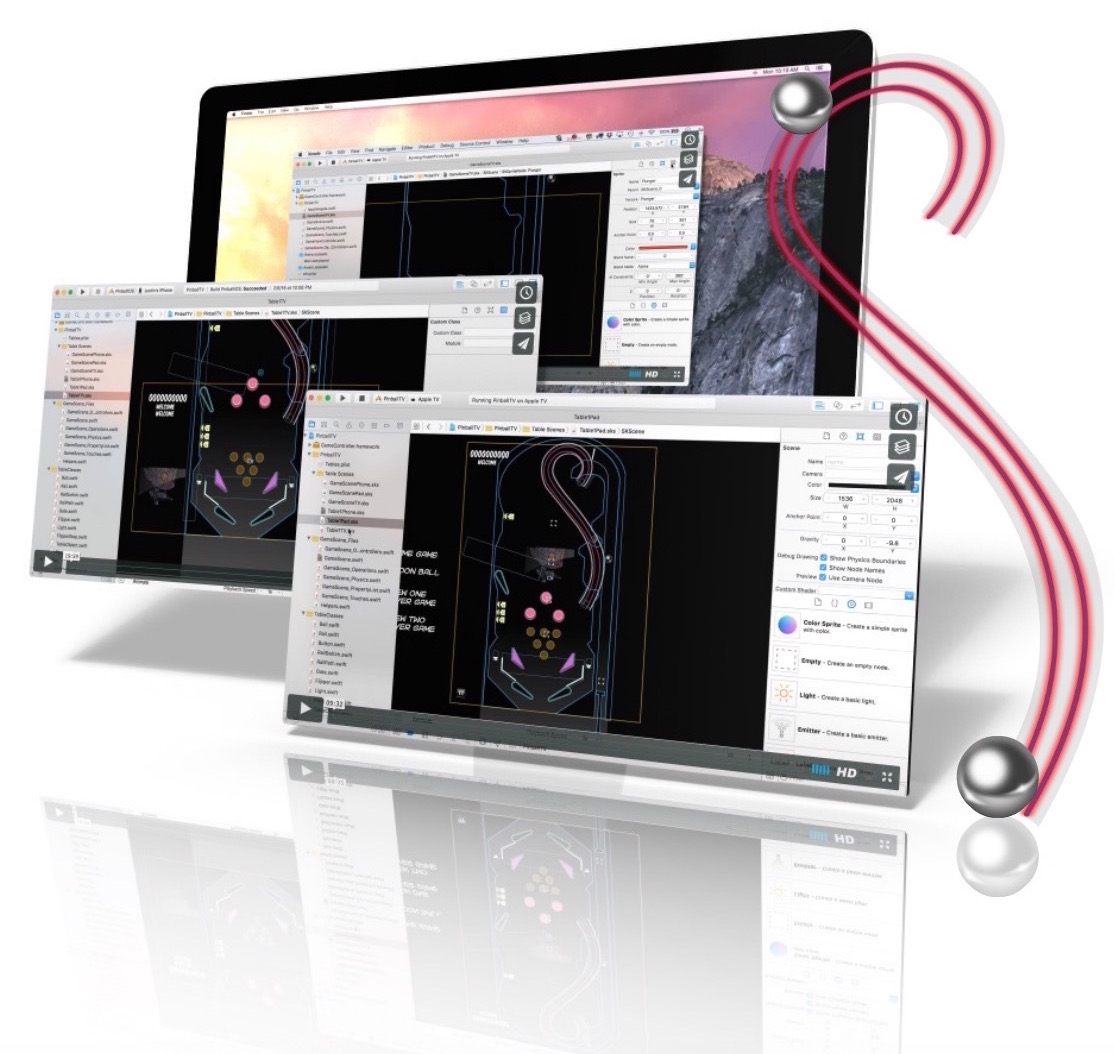 Course Highlights - Students will learn how to....

In this first session of tutorials, we will create a project which targets both iOS and tvOS apps, then create the pinball table's flippers and ball.

Session 3 - Setting up the Plunger

In this third session of video tutorials, we will setup the Plunger, first for tvOS, and then for iOS apps. The tvOS version will react to the A button (or other buttons of your choice) being pushed down and released. The iOS version will move the plunger as the user's fingers move down the screen. When released, the plunger is released, giving the ball a variable amount of power into the table. We will also create an initial Table Object class

In this session of video tutorials, we'll create a starting gate which locks itself when the ball leaves the launch gutter. Then work with a Property List to make our TableObject class flexible for many potential types of collide-able objects to come.

In this session of video tutorials, we'll look at how to create a Light class (mostly used for rolling over lights on the table), how to add more flippers with property list-driven options, and how to create the oh-so-popular pinball ramp!

In this session of video tutorials, we keep adding to our Swift and Sprite Kit pinball game by: adjusting the gravity, making table objects hold onto the ball temporarily, make "holes" to visually drop the ball in one place and come out another, set a dynamic depth so some table objects can be behind or in front of the ball depending on it's position, handle stuck ball situations, and add properties for the main table.

In this session of pinball tutorials, we make it possible to advance to a new table if the score is over a certain amount or get sent back to specific table if the player's score is too low. We'll also begin working on adding Goals for Table Objects this session. The project will support an unlimited number of "goals" of your choosing. For example, we might create an "ExtraBall" goal which requires colliding with something x number of times. Or a goal might be to progressively activate a Score Multiplier, like 2x, then 4x, then 6x, etc and so on. Ultimately we will extend this to the Light class as well, and have a very powerful system for achieving multiple goals and triggering just about anything in the game.

In this session we'll continue adding more possibilities to our Goal properties and we'll also super-size our Light class to make it even more useful than before (a lot of animation possibilities). Plus we'll spend a lot of time on SOUNDS!

This is the End. Well, almost. We'll tackle toggling between players in 2 Player Mode and program in a separate ball and score count for each player. We'll also add options for dedicated score labels for each player. Then in the last half of this session, we'll work on pausing and un-pausing the scene, and adding a Button class to use when the scene is paused to either resume the game, abandon the ball, or load new tables in either 1 or 2 player mode.

Looking for a preview video? Get started now...

Want to speed up production of your iOS or tvOS Pinball app?... 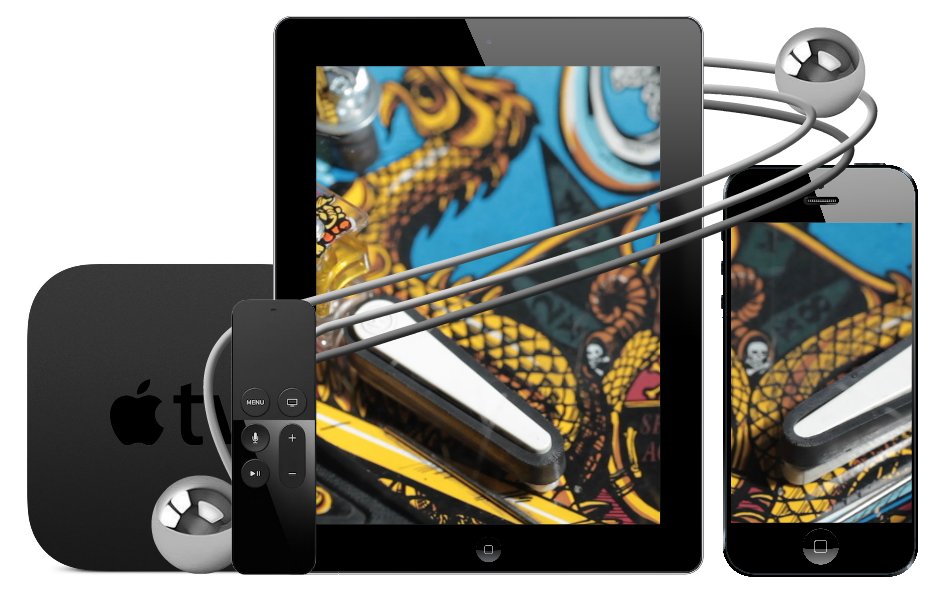 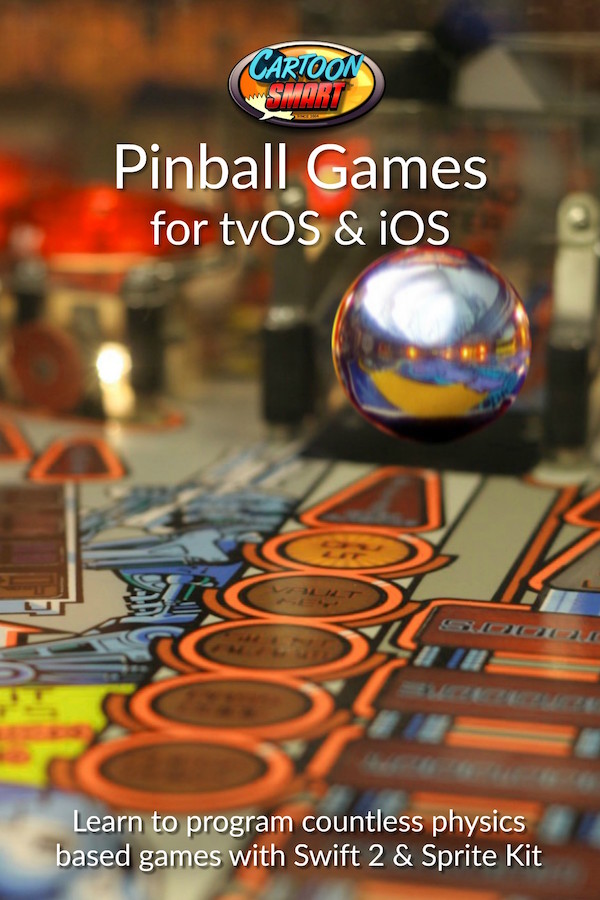 Get Lifetime Access to this course for a one-time purchase price. You can download (or stream) the movie files and download any source projects. Keep in mind, this purchase is for the Pinball Games for iOS and tvOS Tutorials (which do include source projects for each session), but this is not the same product as the Pinball Games  iOS and tvOS Starter Kit. The kit is a more polished project, intended to make games without any coding,  but it does include these same tutorials. Find out more about the kit here. Already have Lifetime Access? You can get started watching the video tutorials from right here.