No that’s not an image from TheOnion. And yes, that’s really the message my reviewer left for me. Which curtly resolves the cliffhanger ending to my recent article regarding how picky Apple will be approving Watch apps. Pretty darn picky apparently.

If you’re just tuning in, long story short, I created a unique, very functional watch app.  It sported a few different faces, had animated gears, and did exactly what you would expect. Tell time.  You can see the design and a couple of the faces below. So last week I submitted it for review and got back the image and explanation you see to the right.

So I re-read the entire guidelines documentation, and found nothing that implied “YOU CAN’T MAKE A WATCH FACE”. So I responded to the rejection and asked my reviewer to point out what I overlooked in the guidelines. Even the slightest hint of something in the document that could have led to this rejection would have been appreciated.

The response: Let’s talk over the phone.

Apple called me soon after. And let me first say, hearing a rejection from your Apple reviewer in person is a bit like getting killed by James Bond instead of some street thug. It’s like, “I’m dying, but at least I got killed by f*cking James Bond!”  Apple is a classy company and they hire good people to do jobs like this. At least that’s always been my experience and this was no exception.

My reviewer owned up to it real fast that there’s nothing in the document that says watch faces aren’t allowed. I appreciate that honesty. And we had a fairly long conversation about the watch and apps in general. I tend pry talking to just about everyone, and I wasn’t going to let him off the phone without some crazy random questions.

So here’s some things we discussed and some silver linings if you too are making a clock style app.

So where’s that leave things?

I think the theme among these initial launch apps will be a high-level of notification functionality and maintaining an elegance to the watch. In other words if your existing iPhone app doesn’t already notify the hell outta ya, its hard to see where a companion Watch app comes in (as of now every Watch app is technically just an extension of a companion iPhone app).

And in terms of elegance, I don’t see where a quote-unquote “designer” like myself has any room to play. Apple has closed the gates to the ballpark basically. If they don’t want a bad design on a $10,000 watch, I understand that. But there’s a couple problems with that way of thinking about their product…

Most of us aren’t buying a $10,000 watch, we’re buying a $350-$500 and that’s not that different than an iPhone or iPad in terms of price. Point is, it’s really not a luxury item. No iOS device is after a while. My dad found an iPad at his house the other day. Let me repeat that. FOUND an iPad.  It might as well have been propping up a table leg or lost in the couch cushions. It was just sitting on a shelf, but he had no idea there was a spare iPad in his possession.  That’s the sad future of the Apple Watch. “Hey Dad, did you know you had an Apple Watch 1 in this junk drawer??”.  If Apple wants to keep these devices on our wrists, they have to do more than just be functional. They have to waste our time. They have to entertain us in single-serving doses.  We have to download apps that make us happy for about half-a-day. That’s part of the natural life-cycle of these devices.

When we’ve made the most use of them, is also when we’ve gotten the most bored of them. I’m sure for a week or two I’ll be ecstatic to read the first couple lines of an email on my watch, but then soon after I won’t be. I work non-stop anyway, so I’m already over-notified.  And come on, when a Dick Tracy watch can’t also be a toy, it’s not fun.  Again I don’t fault Apple for using this, their one time only, to be super-selective, but it just can’t last. People want stupid stuff. They want the Boob Weigher app, they want the Fart Watch App, and above all, they want to be able to tell time on their watch in whatever stupid fashion they choose. It might be a clock with beer bottle hands, but it’s what people want.

The Watch gave a lot of us developers hope of A New Day. Many of us are burnt out on under-performing apps. The Flappy Bird phenomenon inspired a lot of people but in the real-world it’s very hard to make a breakout hit in the App Store. I’ve heard from developers that can’t even make the $99 a year Developer fee worth it. But here comes the Apple Watch and a whole new world of opportunity, particularly in watch face design. I’ll inevitably get an Apple Watch and its hard to imagine NOT wanting to collect hundreds of cool watch faces. And I don’t think “hundreds” is a far-fetched number, even at $1 a pop. If you told me 15 years ago, I would have a music collection of 10,000 purchased songs I don’t think I would have believed that (10k might even be a low estimate).  But Apple created this all-too-easy-to-buy-from marketplace, a device I wanted to put music on, and now I’ve got this insane music collection.

What if the first iPod only played music recorded by Apple? If all I had to choose from was The Steve Jobs Band, I kinda doubt my iPod would have gotten used that much.

This most recent rejection is actually the first time as a Developer, that I feel like I’ve gotten rejected as an Artist. I’ve gotten rejected plenty in the past: the app crashed, wrong meta data, I didn’t support something correctly, but Apple never made me feel like I did something wrong as an artist, or creator. Up until recently, I’ve always felt that Apple had our backs in terms of creativity. They could test us technically and make sure our apps ran as they should, but in turn we could make apps that pushed their products creatively. Maybe the first person who made a mini-piano for the iPhone thought, “this phone has no business being a piano, but what the heck, I’ll go for it!”. And it got approved, and now our iOS devices are practically mini-recording studios.

I have no interest developing an Apple Watch app that notifies you it’s time to wake up. I want you to just enjoy looking at the time. And the furthest thought on my mind was “this watch has no business telling time, but what the heck, I’ll go for it!”.

So yeah, I’m a little disappointed. But ultimately I think the marketplace dictates everything, and there’s about to be millions of new Watch owners, totally clueless to articles like this, that will be searching the store for things like “Budweiser watch face”,   “Cat watch face”, “Star Wars watch face”,  or simply….

…Because if there’s a junk drawer waiting for the Apple Watch at my Dad’s house, the last thing searched for will probably be exactly that.

I can’t not reference this…

I read that Apple’s own watch faces keep some kind of super synced time, where for example if 100 watch wearers were in the same room and they all had that Mickey Mouse clock face, every Mickey would be tapping and shimmying in sync.  And at first I had this Napoleon Dynamite moment of “Frickin’ sweet!”… But then I thought wait, don’t tell me that fringe-feature is any reason why my app is getting rejected. Because everyone wearing one watch design (ok one pool of designs), and syncing them together feels oddly familiar. Hmmm…. 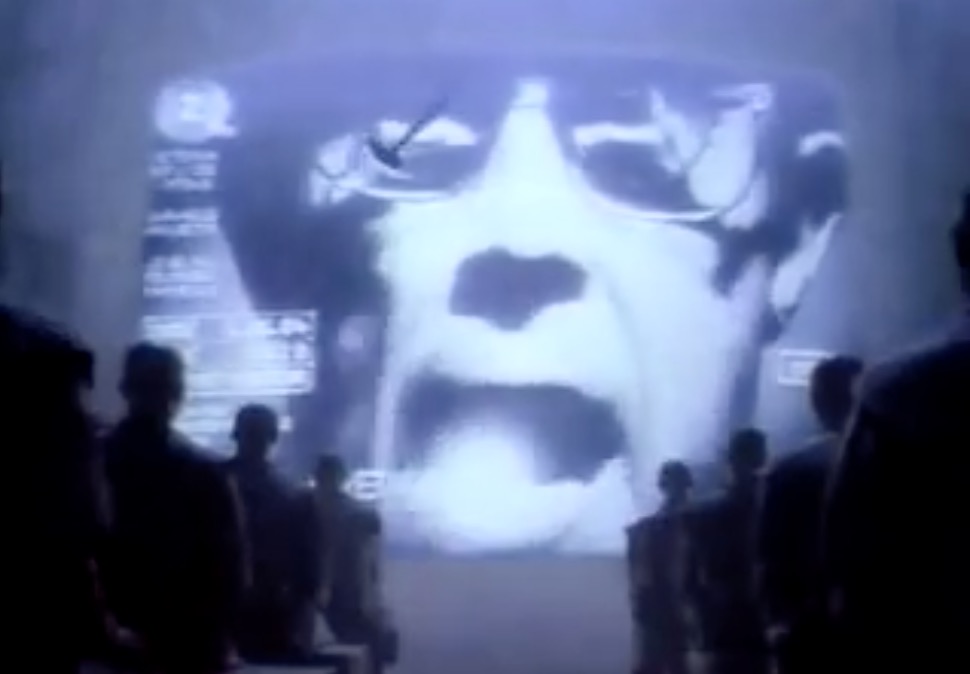 Tips for submitting your Watch-infused App to Apple.