In the Card and Board Games iOS and tvOS Starter Kit

Before you dive too deep into the kit, it’s a good idea to get on the same page with what we’re calling certain things and what they mean in terms of the kit.

Now that you have read the basic terms in the kit, take a look at the BoardData.plist and you’ll get an idea of how this data is structured…. 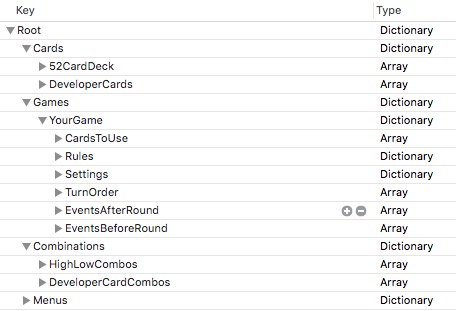