So just how picky will Apple be about approving Watch Apps?

So just how picky will Apple be about approving Watch Apps? 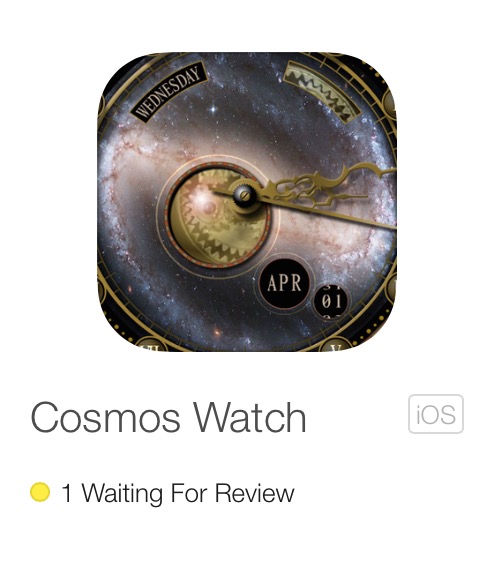 I got an email this week regarding my recent course, The Artist’s Guide to Apple Watch Apps. I thought I would share it, since it’s an intelligent email and probably asks some of the same questions many of you have.

My understanding in reading about WatchKit is that developers are not allowed to make custom watch faces.

Am I correct in interpreting that what you are doing is creating an animation consisting of multiple static images where the images have been designed/exported from flash to simulate a watch face?

I can see how that would work conceptually since the WatchKit does allow crude animations done that way, but I don’t see how it could keep accurate time and more importantly, doesn’t seem practical as having this animation app running constantly would eat up the battery life much faster than a real watch face?

I am interested in this course, but I think based on my analysis it is more a demonstration/interesting exercise but not really a viable way to create custom watch faces.  I also think Apple would reject this app and not allow it to be submitted to the app store?

Again, my thanks to Rob for sending this email, and here’s my responses, some are pasted from my email back and since that was an email from my phone, I’ll expand a little here too. And I’ll wrap all this up with my thoughts on the title of this article, just how picky will Apple be?

It’s true that developers aren’t allowed to make custom Watch faces using Apple’s widget thingie or whatever that was we all saw demo-ed at the March announcement (for anyone that’s clueless here, I refer to an app or preference setting on the watch where you could use components to make-your-own watch face).  This proprietary app is what I think is confusing many regarding the can-we or can’t-we question regarding making our own clock apps. That widget is not something us developers can built upon (yet) and from that it seems the word has spread that developers can’t make custom watch faces.

So what about apps that simply simulate a watch face, with a cool design twist?  With WatchKit, that’s already very possible now, and I believe the chances are very slim that Apple is outlawing developers from making clever watch face apps. It would be like thinking Apple wouldn’t allow games for the first iPhone, because it’s a phone. Apple really does not have a reputation for holding back developers. Yes, we’ve all had apps get rejected but usually not for creative reasons.  This device is a watch, plain and simple, it will inevitably be full of awesome designs eventually. Why at launch would Apple restrict a cool design? And especially since the tools are available to make neat (accurate) clock apps.

Everything is right there in Watch Kit already. The tools aren’t crude and definitely not inaccurate. Its a mini-computer, telling time is not a problem. And changing images every second, minute, hour, etc is simple code. The little processor in that watch is as good as what’s in other iOS devices now.

So if it’s not processing power the Watch is lacking, why is Watch Kit any different than what’s available in normal apps. Well obviously Apple wants to conserve battery life, which is why the tools they have given us (so far) are a little on the lighter side. Keep in mind though, animated, looping images are totally allowed, and from the looks of it, we can expect frame rates around 30fps.  So yes, you could make gears of a watch constantly running!

What’s not allowed are rotating images, or repositioning images (for example, moving the x and y locations of an image).  Your layout is very static. So why is that? Well as soon as developers can change the location of an image, the door is opened to hundreds of thousands of potential games. You’ll have Flappy Bird clones on the Apple Watch, you’ll have Watch-Pac-Man, etc. And my guess is that those restrictions aren’t in place because Apple can’t turn the watch into a gaming device, rather they exist only to conserve battery life. Imagine someone buys an Apple Watch, plays games for 3 hours straight, and suddenly the battery is dead. Now they are wearing a brick for the rest of the day complaining to their Twitter followers about the deadweight on their arm. Not what Apple wants the first week after launch. Maybe in a few years when people have some common sense about the battery life, we will see a less set-in-stone layout.

So regarding the animated clock examples in my tutorial (scroll way down you’ll see them here), they aren’t a hack that hasn’t been approved by Apple. It’s exactly how they tell people to use animations and images. Statically. They don’t move, but the image can change! And I didn’t stumble onto something Apple didn’t intend, believe me, I’m not that clever.  The class doesn’t try to work against Apple’s restrictions. We use what Apple gives us and it works fines. Is there stuff I would love to do programmably but can’t? Heck yes. But I get why I can’t.

Constantly On? Oh no.

I think an assumption many people have is that Watch apps will run forever when you turn them on, and Apple is going to reject apps that waste time / resources because they will drain battery life. Here’s some solid info on that from the NYTimes…

The Apple Watch display is usually “sleeping” to save the battery. As soon as you lift your arm, the display automatically turns on. Many other smartwatches do that too. Where Apple Watch stands out is in detecting how long you have your arm up. At first glance, you might see that a message has arrived. Hold it longer and the full message appears.

So the watch goes to sleep very quickly after it detects you aren’t using it. And for those of you that took my tutorial, you know the Watch template has a method called awakeWithContext which runs as soon as the app is back in use. Note the word “awake”. So another hint that its a very sleepy device.

So how picky will Apple be?

Will Apple reject apps that waste time by doing something as mundane as simulating a clock. Wait what?… It’s a watch, dammit! Why would it cross any reviewer’s mind to reject a watch for telling time?!

Secondly, has Apple ever rejected an app for simply wasting time? Apple can be picky, but they aren’t that picky (okay, they did eventually outlaw bubble wrap apps).  Keep in mind, the 1.2 million apps unworthy of any mention in the App Store. They don’t land on the App Store’s front page ever, they don’t get noticed in any Editor’s Choice section, but they are there. Approved and findable via some obscure search. But Apple also loves to say “We’ve got over a million apps in the App Store”. They are proud of that number, even if they aren’t proud of every app. And sooner than later, you’ll hear them say something like “We’ve got over 50,000 apps built for the Apple Watch”. They might not be proud of every one, they might simply display time via a pair of virtual beer googles, but they got approved.  Counted, but possibly without merit.

Is there a chance that Watch reviewers might be overly selective at first? Sure. Could Apple say, “At this time, WE want to be the only game in town that makes apps that are strictly clocks for the Apple Watch”.   They could. I think that would be crazy, but hey, who else remembers when the first iPad apps had to support all 4 interface directions? What a pain that was.  But a few months after launch, that restriction was lifted. Sometimes with Apple ideology does take priority over what’s practical. I just don’t see the benefit of Apple not allowing simple watch designs…. on a watch.

Now as for your bubble-wrap-popping Watch app, that’s anyone’s guess! It could have a revival on a new device.

My two cents. We will see soon. My first app is in review…. T-minus one week until I eat my words!

Loading the Next Table or Replaying Tables and Device Specific Properties

How to use the Pinball Games Starter Kit Index