If so, let’s get you over that hump in the learning curve as quick as possible. To use the Story Tellers iOS Starter Kit 2, you will need Xcode 7 (which is currently in the last stages of Beta).

If you’re reading this before Sept 9, 2015 (approximately) you need to download it from developer.apple.com/membercenter .

After Sept 9, you can download Xcode 7 from the Mac App Store. If  you use that link prior, the version will be Xcode 6.4 and it will not work with the kit.

Next up, unzip the zip file you downloaded from CartoonSmart containing the kit. Open the StoryTellersKit2.xcodeproj . Note: do not rename either the folder or .xcodeproj file. The project name has no effect on the title of the app. You can though rename the parent folder containing both of these files. 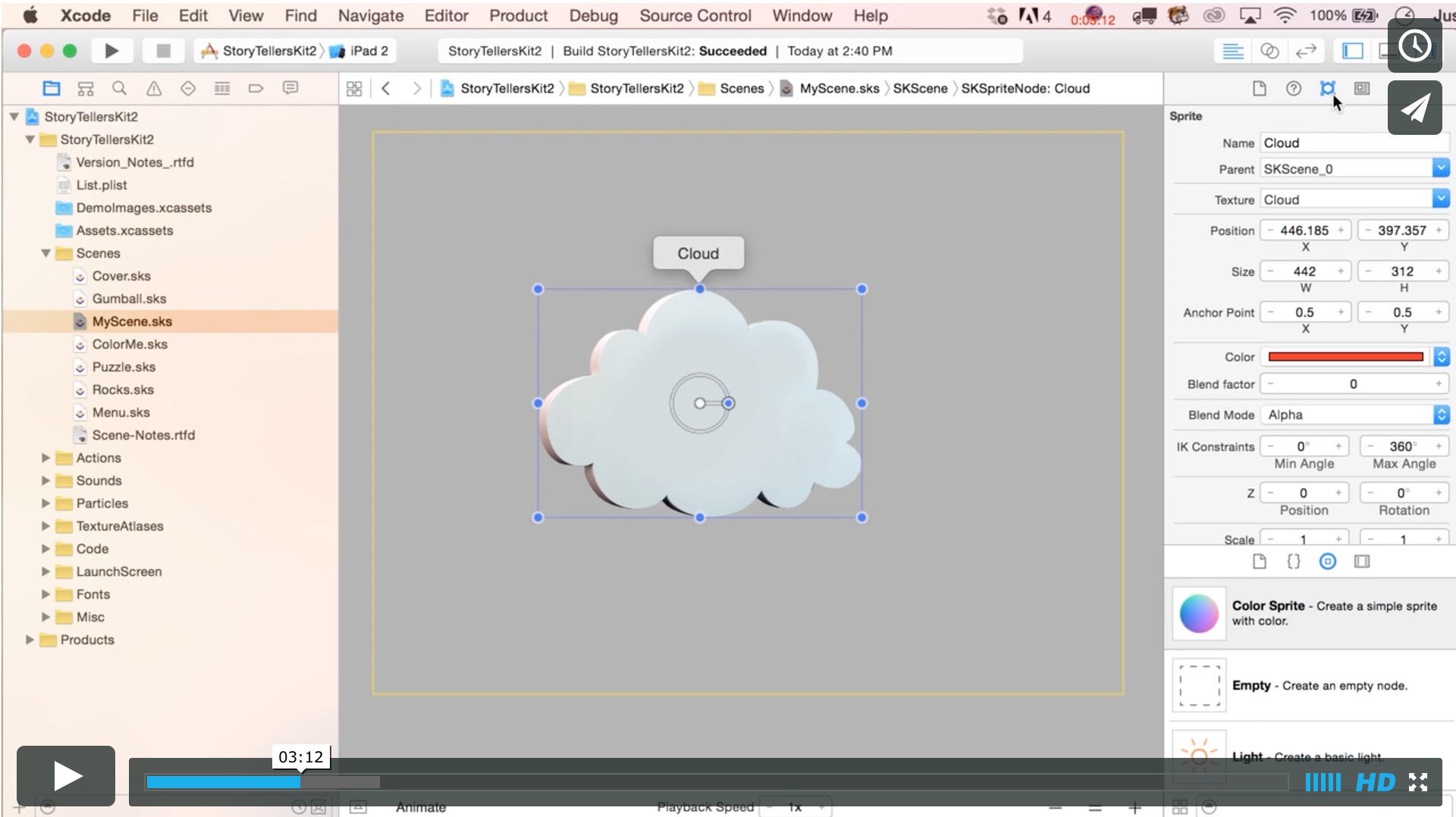 This video will show you how to setup your scene, drop in sprites (images), particles, light emitters, and even flip on physics properties, as well as show you how to animate using simple actions that are dropped onto a timeline. Then in the second half, you’ll learn the fundamentals of using the property list to interact with your in-scene elements.

So it’s your first time with Xcode and the Story Tellers iOS Starter Kit 2…. Now what?

Below you can find links to download the glorious iBook version of the kit documentation or an alternate PDF version.

The iBook version can be downloaded directly to your iPad, iPad mini or Mac and opened in iBooks.