Join your instructor,  Conan Sinclair, in this first course on tradigital animation. It focuses entirely on head animations: movements, turns, flexibility, dialogue, etc. This series is divided into five parts, outlined below:

Part 1 – The Basics. This first lesson covers basic animation techniques applicable to any program you choose to animate with, but Conan does spend some time early on teaching a few of the tools within Flash that he will be using throughout this series of lessons.

Part 2 – Head Turn Animations. Learn how to do a head turn animation, starting with two key poses, then work with timing, ease-in and out’s, and in-between frames.

Part 3 – Flexibility. Learn how to get more flexibility in your animation when going from one keypose to another.

Part 4 – Lip Syncing. This part covers dialogue animation using mouth shapes (or phonemes) and then the instructor brings in an audio file to sync an animation to.

Part 5 – Cleaning Up. This last part teaches how to clean up your animation, paint in a more polished, professional look to your frames, then include Layer effects to add a variety of styles to your final piece.

Watch a finished animation from this project above.

In this second tutorial, Conan will teach traditional techniques for body animation. Again, he’ll be using Flash, but you can use the animation program of your choice.  The six hour course is divided into the following parts…

Part 1 – Body Mechanics Basics. This lesson teaches the basics of how to make your body animations look real. In the cartoon world anything is possible, but there’s still some “rules” to play by. You can’t have joints bending every which way, and that’s one of the things this part looks into. The second half of this lesson teaches a simple animation exercise by making a body move from one side to another.

Part 2 – Jumping. This part teaches how to animate a realistic jump, which is a great movement exercise to get an appreciation for weight.

Part 3 – Sitting and Standing. Think about how often a character on TV gets up or sits down in a scene. In your own animations, you’ll find this a useful exercise to add some movement to a scene where your characters might otherwise only be talking.

Part 4 – Walk Cycles. The next few lessons focus on every animators favorite (or possibly most dreaded) sequence: the walk/run cycle. Conan teaches his method of breaking these down into four manageable key poses, which he then adds in-betweens to.

Part 5 – Run Cycles. Runs are similar to walks in that you’ll learn to create four key poses of the cycle, but this time with a bounding motion to it, and the faster the run, the more of a lean is added to the character.

Part 6 – Advanced Movements. This final lesson converts our side view cycles into front view and three-quarter view cycles, which can be a real test for new animators. Conan also teaches a walk cycle with a “double bounce” movement. 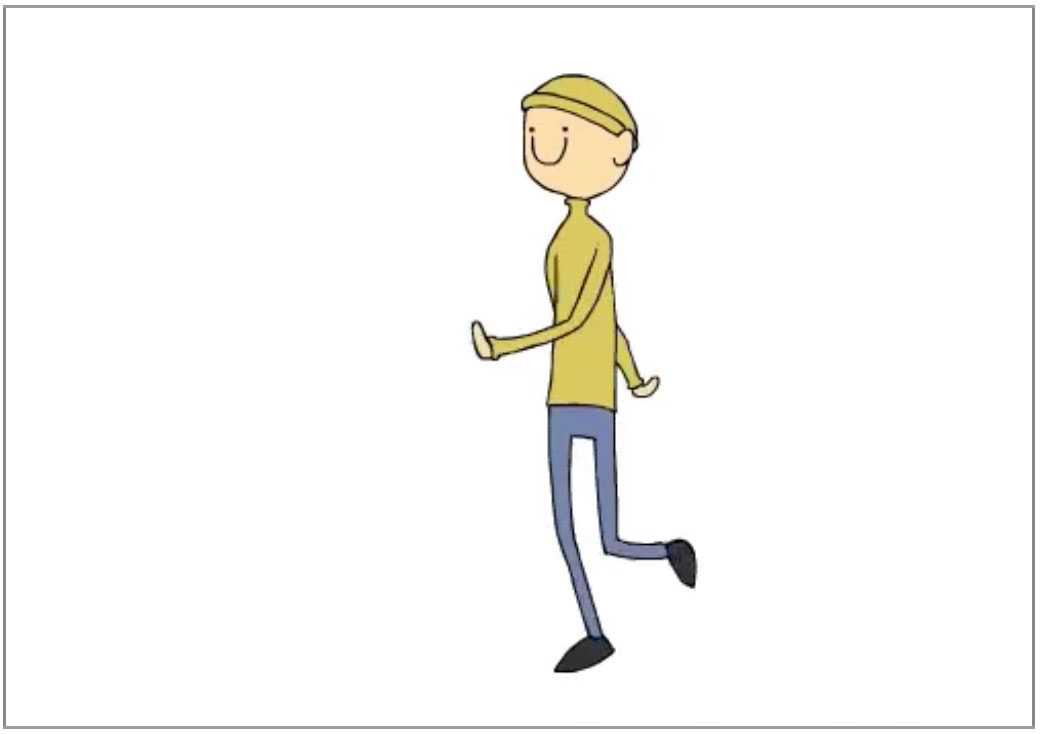 Watch all the animations created during this lesson above.

In this tutorial, Conan goes beyond the fundamentals from his previous tutorials, and now focuses on a multi-scene fight animation, using Flash & After Effects (or your choice of non-linear editing software).  Below is the outline of what you can expect to learn…

Part 1 – Setting up the Scene. Conan explains how important it is to begin with model sheets, an environment and storyboard before beginning to actually animate. Those assets are included along with source files throughout the rest of the tutorial. This part mostly focuses on setting up the stage with some initial animation of each character during the pan-in.

Part 2 – Building Suspense. No fight sequence would be complete without some initial “showboating” of each opponent’s skills. In this part Conan animates the Big Brute’s “bring it on” style fist clap and the Little Dude’s sequence of martial arts flare.

Part 3 – Punching and Running. In this lesson, the two key sequences are the Little Dude running to attack and the Big Brute sending a direct punch toward the camera. This part has some great examples of “smear”, similar to motion blur, but done by actually drawing in a smear of motion to the frame.

Part 4 – The Fight is on. Kick, block, deflect, punch, there’s a little of everything in this part.

Part 5 – Clean Up and Compiling the Finished Scenes. This lesson covers coloring the rough frames, then exporting PNG sequences to be compiled into a non-linear video editing program for a little extra sizzle. Conan uses After Effects, but you can edit together the finished scenes in the program of your choice. He’ll also teach how to add some effects to make the entire piece look less like it was made in Flash. 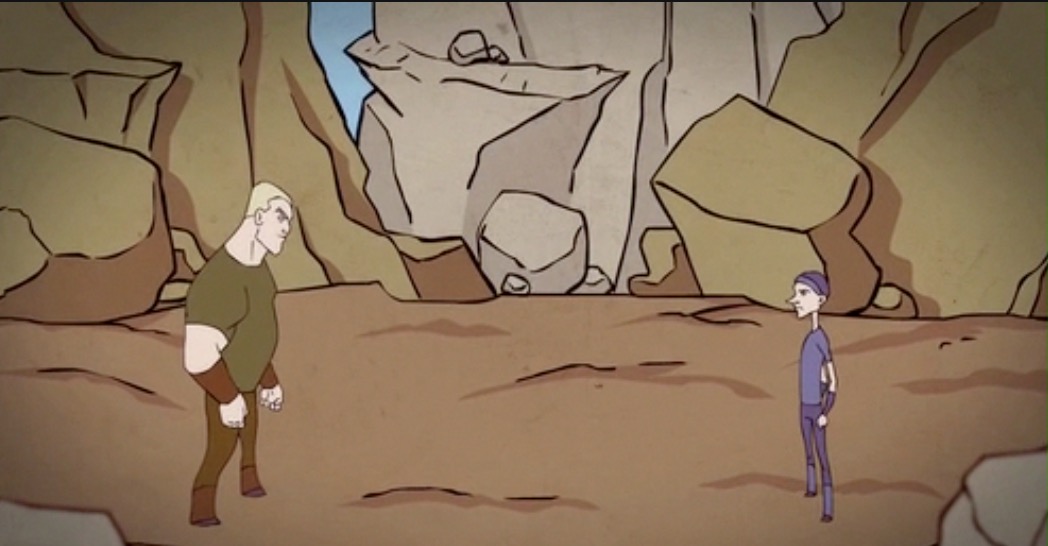 Watch the finished animation created in real time during this lesson.

Learn how to animate  2D special FX using Adobe Flash (or your choice of software). Watch in real-time, as your instructor shows you how to animate various explosives, water pouring, splashes, steam, smoke, candle flames, fire and much more. These FX are the foundation of countless other hand-drawn style animations you could create. And while Conan’s preference is to use Flash for animation, you could work with any program, such as Toon Boom Animate or Toon Boom Studio. 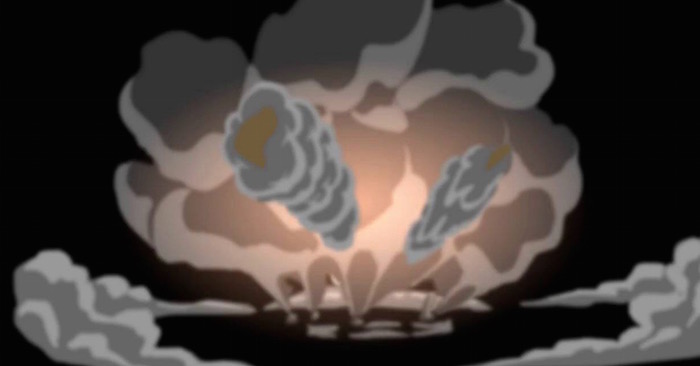 Watch all the finished animations created during this lesson.

Learn how to professionally rig characters for animation using Adobe Flash. Join Conan Sinclair in this multi-hour course as he teaches the main technique for production-quality character rigging in Flash: symbol swapping, which allows for more freedom and complex animations than the other common technique, puppet rigging (simply rotating or moving the same artwork). While animation is the primary focus of this series, Conan will be starting from scratch and teaching how to illustrate the entire character as well. You’ll then learn how to use symbol swapping to animate the head (from multiple views), the mouth (for lip syncing) and the body. Which all leads up to creating the example animation below. 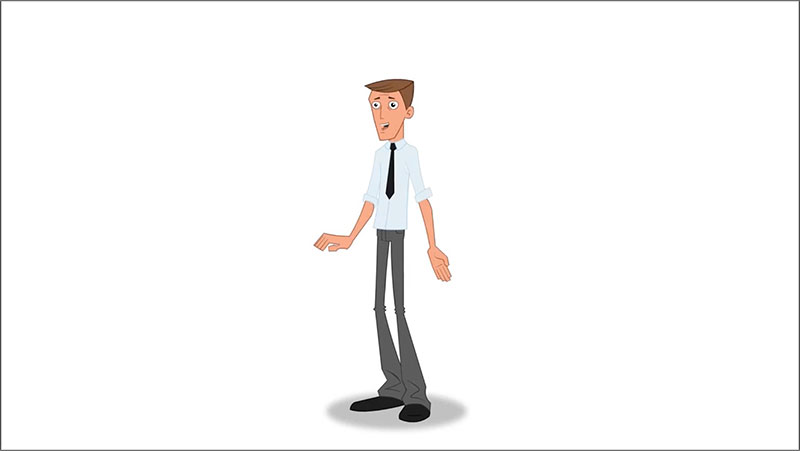 Watch the animation created during this lesson.

These “Classic” CartoonSmart lessons have been revived from the grave for a limited time. Watch in awe (or horror) as the Flash interface is transformed back to the mid-2000’s to a time when Adobe didn’t even own Flash and Filters were a “new” feature.  What might surprise you though is the material actual holds up quite well. Animation tutorials are really about practicing core principals and key-framing symbols really hasn’t changed in Flash since the beginning.

Buy the Bundle and Get Over 50 Hours of Lessons!

Get Lifetime Access to this course for a one-time purchase price. You can stream the movie files and download any source projects. All proceeds from this sale will go directly toward the course author.

Get access to everything on CartoonSmart.com for your entire life! Stream videos from any of your devices and download any source files / projects. After the sale you can show your support for this creator (or multiple creators) using our unique Creator Bonus system. Every member gets to directly encourage more of the content they want to see most!